GEICO Fast-forwards its Pre-rolls so You Don't Have to 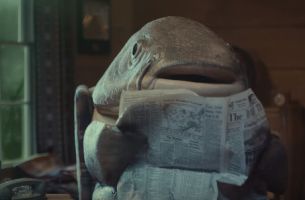 Last year, American insurance company GEICO took on the YouTube skip button with its “Unskippable” campaign. This year, they had a new pre-roll problem. An online media buy without any skip buttons. So how do you keep people from hating a pre-roll ad they’re forced to watch to the end? Simple. You fast-forward through it.

The Martin Agency created four 15 second pre-roll ads that do just that. Each ad begins in a mundane situation then fast-forwards ahead to something much more unexpected. At the end, you can click to watch the unabridged version of the ad and see what you missed. The goal is to take the most annoying 15 seconds in advertising and turn it into something so disruptive and entertaining, you’d actually choose to watch more.