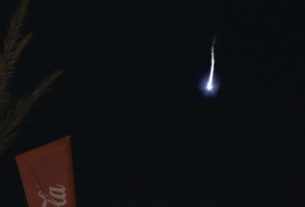 During ‘Coca-Cola Summer Love’ - The summer’s biggest event that took place in Israel, Coca-Cola created a unique bottle that has never been seen before: Wish in a Bottle - The bottles were developed and custom made just for this event.

In order to make the idea come to life - Coca-Cola handed out the unique bottles to teenagers that were at the “Summer Love” event. The bottles had a special transmitter that was shaped like a star and turned them into connected bottles.

When a bottle was opened, it sent a Wi-Fi signal to one of three drones, Which then flew up into the air to a height of 1,000 Ft. The drones were programmed so that as soon as a bottle opened - a firework, which looks just like a shooting star, was launched from the air.

The teenagers who opened the bottles were shocked and surprised by making shooting stars fall out of the sky, and after that – they had a wish come true.

Amongst the first teenagers to be surprised, was one teenager, who studies at a school in which Coca-Cola sponsors a business integration program.

The teenager was invited to the main stage, where he was handed the special bottle in front of thousands of other teenagers. When he opened the bottle - a star shot out of the sky, and the teenager’s wish, becoming a DJ at a huge party, came true. He played a DJ set at the huge party which took place that night. During the event, more teenagers shot stars out of the sky, and had their wishes come true.

Alon Zamir, VP Marketing - Coca-Cola Israel: “As always, in every event we hold - The emphasis was all about innovation in order to excite our teenagers in a non-ordinary way. This time, we made wishes come true using a unique technology. The bottles series was created under the notion of “Internet of Things” and by making a star fall using a Coca-Cola bottle, we could intensify the teenagers’ experience when interacting with the Coca-Cola brand”.