GE Takes Michael J. Fox Back to the Future

BBDO NY's Back To The Future inspired spot 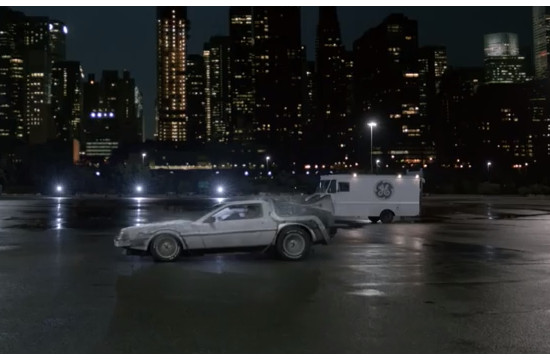 GE has just unveiled a new commercial as part of its “Brilliant Machines” campaign that launched in November 2012 as a way to introduce the concept of the Industrial Internet to a broad audience and demonstrate its impact on the world.  “Brilliant Machines” is about connecting Big Machines, Big Data and people to deliver human impact like never before in industries including aviation, rail and health, and now power in this newest spot.

Featuring the latest brilliant machine, the time-travelling DeLorean from the movie “Back to the Future,” along with the voice of Michael J. Fox, this new ad is focused on how GE is revolutionizing power, using data predictably to power entire cities.  In short, GE turbines of today will help power us all into the future.  Like previous ads in the campaign, the spot closes with the super, “Brilliant machines are transforming the way we work.”