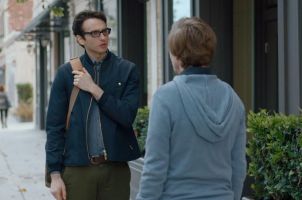 As part of its efforts to recruit programmers and developers last year, GE introduced its “What’s the Matter with Owen” campaign.  The campaign was designed to attract tech talent by reinforcing GE’s position as a digital industrial company and focusing on how GE developers are helping to create digital solutions that solve some of the world’s most challenging problems. The campaign proved to be a massive success, generating an increase in resumé submissions that surpassed expectations.  As a result, the company has decided to launch a second phase of “Owen” work.

Created by BBDO New York, the next phase includes a series of television spots that evolve Owen’s story to depict situations where recruits – now aware of what GE has to offer to developers – go out of their way to try to impress Owen to help them land a job.  The advertising is scheduled to debut during Sunday’s telecast of The Academy Awards (and preceding Red Carpet special).