GE Theatre gives snowballs a chance in Hell, catches lightning in a bottle, and talks to walls 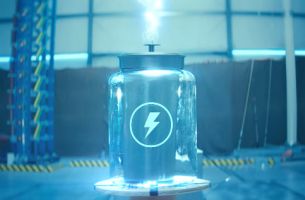 This Inventor’s Day, GE proved that imagination and invention can erase the word impossible. Harnessing the brilliant minds of its scientists, researchers, and programmers, GE set out to break the very notion of impossible and tasked some of its best inventors to do the “unimpossible,” demonstrating the complex problem solving they do every day. Videos went live on February 11 on G​reat Big Story, ​M​ic​and on GE’s social media and online channels.

Officially launching under GE Theater, the company is releasing a series of three digital shorts called “Unimpossible Missions”, produced in partnership with BBDO. Each short explores a well-known idiom and turns it on its head, disproving a commonly held assumption with science and technology advancements from to the G​E Store​-- a global knowledge exchange where best-in-class technologies from all of GE’s businesses are housed.

“A Snowball’s Chance in Hell” – Marrying the best technology advancements from GE Aviation, GE Global Research, GE Healthcare and GE Power, scientists are able to invent a “hell-proof” vessel made from GE-engineered super materials capable of keeping a delicate snowball frozen on a trip into an inferno that reaches over 2000 degrees.

“Like Talking To a Wall” – T​hanks to its D​igital, Aviation and Power businesses,​ scientists at GE leverage the technology that monitors the health of machines by detecting microscopic vibrations inside of them. Watch as a classroom of kids visit the Berlin Wall to hear a story read by an man positioned on the other side. As his words hit the wall, GE sensors allow it to “hear” and transports his sound wave vibrations to speakers attached to the other side over 160 yards away.

“Catching Lightning in a Bottle” –​ Building on GE’s pioneering supercapacitor technology, which is used by GE Healthcare and Aviation, follow GE on a​journey to capture and use lightning. B​y harnessing powerful lightning test strikes, which the company also uses to test the storm resistance of jet engines and wind turbines, GE is able to put powerful minds to use and capture enough energy -- 2 million volts -- to power a car.