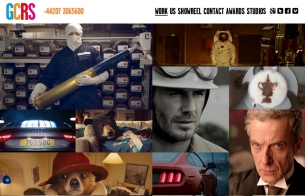 Shunning the traditional creative industry website format, GCRS has created a presence that heroes the work, rather than just the studios themselves, and presents visually striking imagery for each film, rather than the opening shot. Each image will be artfully selected, organised, and curated by renowned designer Derek Samuel to give maximum impact, on an ongoing basis, so content feels continuously fresh.

GCRS has been responsible for the sound design of such recent high profile spots as BBC Music’s God Only Knows, O2 Priority TV, featuring Ed Sheeran, Audi: Leap of Faith and Jaguar: The Journey. 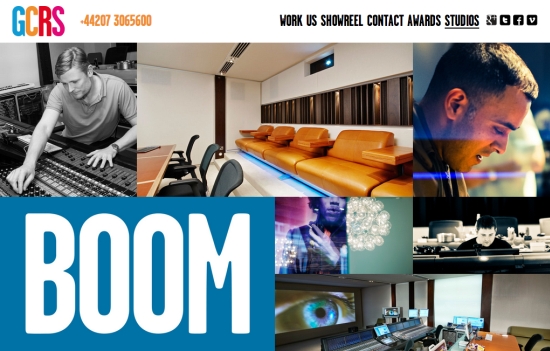 The new website, designed by Melbourne-based Samuel and built by fellow Melbourne web agency Efront, has been fully optimized to work across all platforms, including mobile.  It is the result of months of collaboration between the Northern and Southern Hemisphere parties.

This launch represents the latest achievement in a long-standing relationship between GCRS and Samuel, who has, over the past 12 years, been responsible for creating award-winning branding for the facility, as well as working with GCRS MD Carole Humphrey to bring Copacabana Beach to Soho last summer for the GCRS 20th Anniversary celebrations.

Carole Humphrey commented: “At GCRS we have earned an enviable reputation for pushing boundaries with our website and social channels. We wanted to create something new, which would stand out from the crowd, whilst also providing people with easy access to the thing they were looking for – the work.

“The team at GCRS is united by a passion for delivering audio excellence to everything we do. That’s why it made sense to put the work in the spotlight, rather than simply blowing our own trumpets.”

Derek Samuel commented: “Creative work is only as good as the opportunity the client gives you.  I have collaborated with GCRS now for over 10 years, and the recent site is a great testament to that creative relationship.”

The new website launch comes at the start of GCRS’s 21st anniversary year.  A series of high profile developments is planned to take place at GCRS later in 2015, in celebration of the business’s place at the heart of Soho creativity for the past two decades.