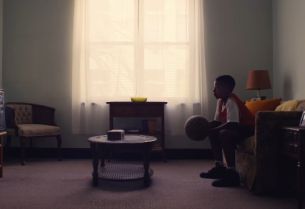 As a child on the South Side of Chicago, Dwyane Wade dreamt of playing with the Chicago Bulls. His commitment kept him focused, and helped him avoid distractions and dangers that could have sent his life in a very different direction. Now Wade is returning to Chicago—but he’s there to do more than play for the Bulls.

This new Gatorade film from TBWA\Chiat\Day LA celebrates how Wade transformed his life through sport, and supports his efforts to help the youth on the south side of Chicago gain access to opportunities that will help them achieve their dreams, too.

Song: ‘Chicago (We can change the world)’ by Graham Nash