Gatorade Productions Premiere 'The Will To Win' 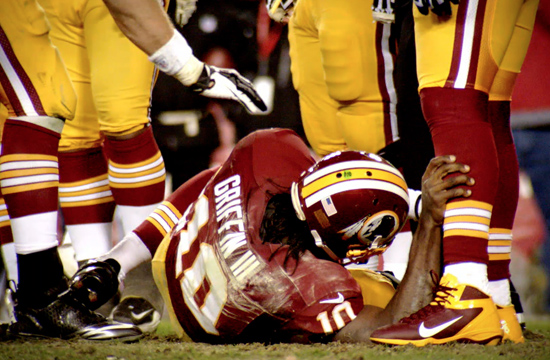 Tonight sees the premiere of the first documentary from the newly formed branded entertainment property, Gatorade Productions and TBWA\Chiat\Day; "RGIII: The Will to Win." The one-hour documentary will debut at 7pm EST, August 27 on ESPN.

Gatorade is launching Gatorade Productions, after continued success with content initiatives including Everything to Prove and REPLAY, among others.

"RGIII: The Will to Win" is the story of Washington Redskins quarterback Robert Griffin III, who in the face of reconstructive knee surgery during his offseason, has vowed to begin the 2013 NFL season even stronger than before.

TBWA\Chiat\Day, NFL Films, ESPN and Gatorade partnered in this branded entertainment initiative to offer viewers an inside look into Robert’s determination and drive.

The film focuses on understanding the motivations that fuel an athlete’s will to win, reflecting Gatorade’s brand belief that athletic performance is driven from the inside, Win from Within.

In Griffin’s own words the film is “more about his heart than it is about his knee”.

Quotes from the team:

"Gatorade’s brand is founded on the belief that athletic performance is driven from the inside. This documentary becomes a way to showcase that belief in a deeply human and relevant way." - Brent Anderson / Global Group Creative Director

“There isn’t a more relevant story to launch Gatorade’s branded entertainment entity than one that explores the motivations that fuel an athlete’s will to win.” - John Figone / Associate Creative Director

"Sometimes your dreams try to run away from you. In those moments, you have to get up and run after them." - Pierce Thiot / Creator + Art Director

“It’s a story about how seemingly big obstacles actually have very little chance when faced with drive and determination." - Scott Cleveland / Creator + Copywriter

“What makes this documentary unique is that it’s told through Robert’s eyes.  He even filmed footage with his own camera to provide an honest point of view.” - Brian O’Rourke / Executive Producer

Client: Gatorade Productions
Project: “The Will to Win”