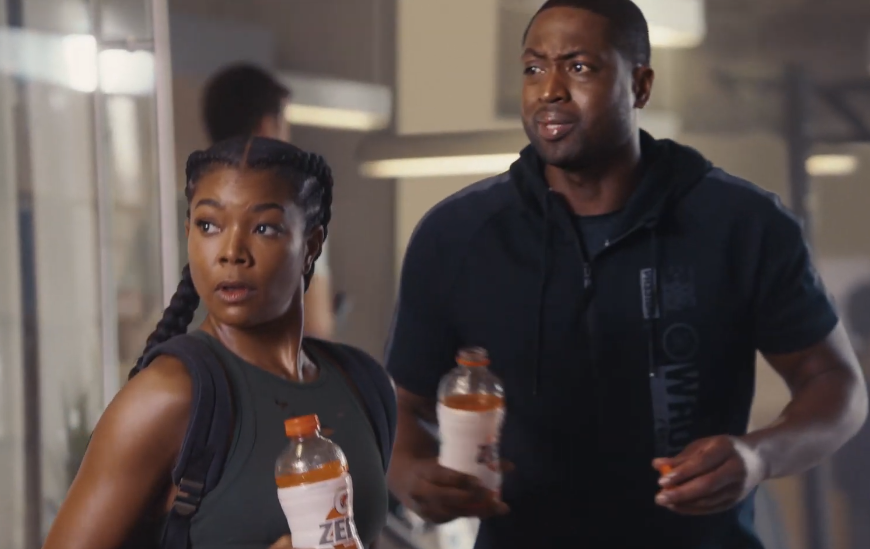 The competition continues as Dwyane Wade and Gabrielle Union head back to the gym - this time to not only push each other, but also those around them, to up their game.

The 30-second TV commercial is a continuation of Dwyane and Gabrielle trying to one-up each other in the gym. We see their competitive spirit motivate other workout couples around them to push each other and hydrate with Gatorade Zero, which has all the electrolytes of Gatorade Thirst Quencher and zero sugar.

“Coming off the first Gatorade Zero campaign, we showed how competitive we are as a couple. This campaign just takes that up to another level,” says Dwyane. “And the thing I love most about it is, anyone can do it. There’s nothing special about us – anyone can get into that competitive mode when they love to work out.”

In tandem with the new campaign, the G Zero effect is headed to social media as Dwyane and Gabrielle engage in a back and forth workout battle on their Instagram story. They’ll also call out some of their friends and followers to step up to the challenge keep the competition going.