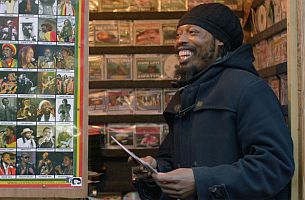 ​To announce the signing of the construction contract for London’s groundbreaking Garden Bridge project, content agency Across the Pond have created a new film showing the Garden Bridge Trust’s ambition for the project; to create a bridge that belongs to all Londoners.

The film is a celebration of everything that makes London the unique place it is and the people who will cross the bridge every day, from every walk of life. Directed by fast-rising Charlie Robins and co-produced with Forever Pictures, the film was shot over four days in each corner of the city and is a journey through every side of this ever-changing and thriving community.

Robert Waddilove, Agency and Strategy Director of Across the Pond said, “We’re hugely proud of our work on this project. The role of the film is to generate excitement and support for the Garden Bridge. To do this we wanted to consider the day to day lives of real Londoners in the city. The hustle and bustle, the characters and the variety. All whilst expressing balance with how the bridge will provide a new place for calm, nature and reflection.”

Creative Agency: Across the Pond