The Sustainability Channel 512 Add to collection 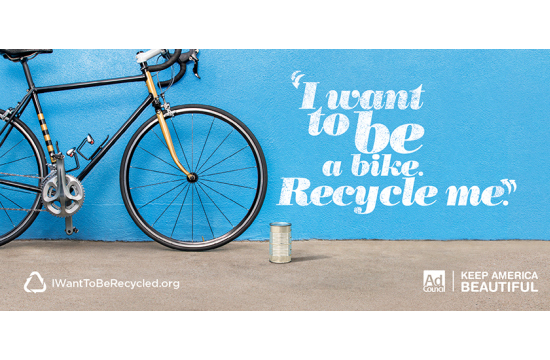 Pereira & O’Dell has revealed it's latest work, The Recycling Campaign – sponsored by Keep America Beautiful and the Ad Council. The TV spots are directed by MJZ’s Victor Garcia and edited by Greg Scruton, Arcade Edit.

The average American produces 4.4 pounds of trash a day — and only 35% is recycled. The new campaign hopes to increase that number with “I Want to be Recycled” tagline that tells the story from the point of view of the trash itself.

The broadcast and OOH campaign aims to generate awareness, explain how and where to recycle, mobilize individual ownership and emotional connection to recycling through community building, and transform recycling into a daily social norm. The campaign shows consumers that their recyclable materials want to be something more, and promotes recycling as a way to give garbage another life.
Go to wanttoberecycled.org to learn more.