GARAGE Collaborates with The Mill and Snapchat for AR Magazine Covers

The project is the first collaboration between The Mill and GARAGE 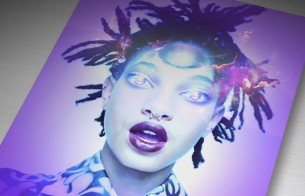 The Mill once again teamed up with GARAGE, for their September issue, bringing both a series of covers as well as editorial content to life via augmented reality, design and animation.
The first ever collaboration between Snapchat and The Mill, this exciting new project involved augmented reality and bespoke Snapchat filters influenced by The Mill’s designs, which take two covers into a new, social dimension.
The first cover to be released for the September issue, Starring Willow Smith, unlocks an exclusive Snapchat filter for GARAGE readers, as well as an explosive augmented reality experience accessed through the GARAGE app.

Pierce Gibson, designer at The Mill and lead creative on the project designed each filter. “Every issue with Garage been an incredibly fun and unique opportunity in the development of print and augmented reality experiences and this issue was no exception.” Comments Pierce, “The aim was to create a seamless experience from the printed piece, to the GARAGE app, to the Snapchat lenses, ensuring there was a wholly unified concept throughout.

The Snapchat lenses were inspired by our cover model Willow Smith, who was asked to provide  an inspirational jumping off point into what her own unique lense would look like. Willow’s inspiration was a “Third Eye” or “Kind Eye”, allowing you to unleash positive vibes out into the universe.”

In addition, readers are able to access exclusive video content created for GARAGE in collaboration with Dior. Striking images photographed by Pierre Deboucher and styled by Dior with an Elizabethan look and feel were enhanced and animated by The Mill's beauty team. The series of beautiful still print images can be unlocked to reveal the animated content via the GARAGE app.
view more - Creative 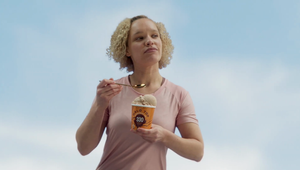 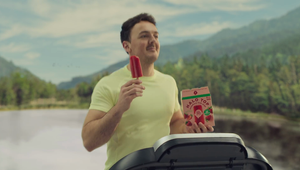