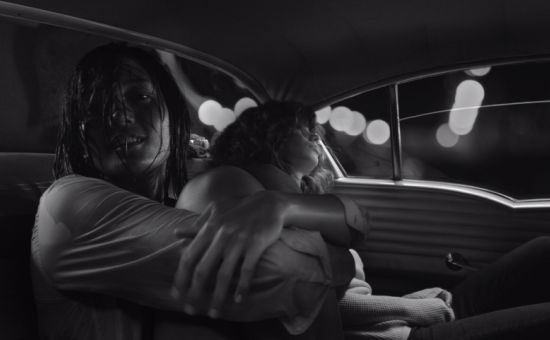 Gap, the iconic American clothing brand, today revealed a series of films that will air on TV, in cinema, in stores and online, created by Academy Award-nominated director David Fincher (The Girl With The Dragon Tattoo, The Social Network, Fight Club and the much anticipated Gone Girl). The four new commercials – Kiss, Drive, Golf and Stairs – mark Gap’s return to television.

Fincher’s inspiration and cinematic touch is clearly apparent, with a creative treatment that sets them apart from Gap’s previous TV campaigns.  The four films were created with Wieden+Kennedy New York as part of Gap’s new campaign, Dress Normal.

“We want these films to get people talking.  Each one features a confident woman at the center and tells a story of how liberating it is when you are being your most authentic self.  We believe everyone who watches them will identify with one or more of the characters,” said Seth Farbman, Gap Global Chief Marketing Officer.   “We were thrilled to work with David Fincher, one of the greats of modern American cinema and a superb storyteller.  His highly detailed and authentic style resonates with the Gap brand and these films truly bring to life what our Dress Normal message means.”

Dress Normal is rooted in the same core values the brand has unapologetically stood for over the past 45 years – individualism and the liberation that comes from confidently being your most authentic self. Dress Normal boldly instructs individuals to shape their own authentic, personal style – and intentionally challenges every one of us to dress for ourselves.

“We were inspired by the bold and honest spirit of the millennial generation; their authenticity is what makes them stand apart in today’s complex world,” Said Stephen Sunnucks, Gap Global President.  “Gap has always stood for individuality and being your most authentic self.  By challenging the idea of what it means to dress normal, we hope to inspire confidence in everyone’s own personal style.”

The films use taglines such as ‘dress like no one’s watching’ and ‘simple clothes for you to complicate’.  They are all shot in black and white, evoking the era of Film Noir and giving a subtle nod to our fashion point of view that black denim is the must have trend this Fall.  They were all filmed in and around Los Angeles (“Golf” was filmed on location in Industry, CA and “Stairs” was filmed in Pasadena City Hall).  They launch in the US and UK in the week of September 1.

The Fall campaign marks the first creative execution of Dress Normal which begins its story with a classic Gap item and one of the coming season’s biggest trends – black denim – and season after season the narrative will shift to other iconic Gap staples.  The concept was developed in partnership with Wieden + Kennedy New York, known for bringing to life brands like Nike, Coca Cola, and Old Spice through provocative storytelling.

In addition to television, the campaign spans outdoor, mobile, direct, social, in store and digital. Gap has also enhanced its Styld.by platform with amplified digital and video content and a broader range of creative influencers, including popular bloggers, style experts, musicians, photographers, filmmakers and artists to curate the best fall looks and illustrate their version of Dress Normal. In mid-September, the brand will launch an experiential element to the campaign – the Dress Normal Project – which brings to life what it means to dress normal through the lens of consumers across North America.