TBWA\Chiat\Day creates a Vuvuzela that can change channels 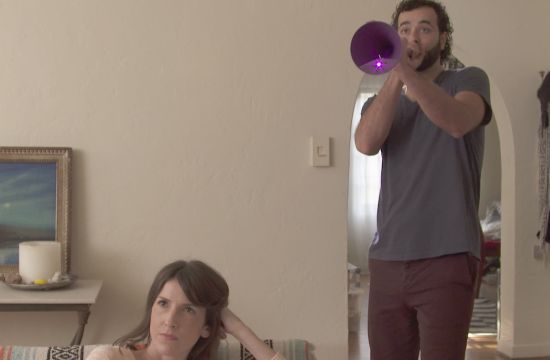 beIN SPORTS and TBWA\Chiat\Day NY have created the GAMECHANGER, a vuvuzela engineered to change the channel directly to the beIN SPORTS network. Users simply point and blow in the direction of their cable box  – say goodbye to any program that’s not football.

The vuvuzela uses the Arduino prototyping platform and its sound signature is recognized by a mini microphone, which is read by its encoded 32-bit microchip. The microchip then fires IR LED signals to TV cable boxes with the command to change the channel.

Fans looking for a way to take back control of their TV can visit beINgamechanger.com to watch the making of, learn more, and tell beIN SPORTS why they need a GAMECHANGER of their own, and using hashtag #ChangeTheGame

Juan Ochoa, Marketing Director, beIN SPORTS, commented: "The vuvuzela has, rightly or wronly, become iconic for soccer fans. We’re repurposing it for good, and in doing so showing beIN SPORTS viewers and fans we share their love and passion for the great international sport.

Matt Ian, Executive Creative Director, TBWA\Chiat\Day NY, added: “We wanted to celebrate and empower soccer fans in the US--to give them a tool that lets them be heard over the deafening roar of football, baseball and basketball fans. The GAMECHANGER is an innovative piece of tech combined with an iconic piece of soccer history... with a clever twist. Not only does this Vuvuzela announce to the world that you're a true soccer fan, it changes the channel to beIN SPORTS.”