The ad showcases a new direction for the brand, stepping away from the iconic Audrey Hepburn, to a modern day heroine played by Jade Anouka 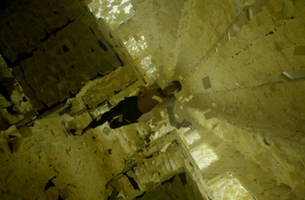 Mars Chocolate UK will launch a new advert for the Galaxy brand, bidding a fond farewell to the iconic Audrey Hepburn, who has been on screens since first airing in 2013. This new advert will be broadcast for the first time on the evening of Sunday 3rd September.
‘Thought Train’, created by Mars Chocolate UK - in close collaboration with the Mars team in North America - features the award-winning Shakespearean actress and published poet Jade Anouka, and is a representation of an empowered woman in a hectic world.
Galaxy  celebrates pleasure as the essence of the brand, and the new advert moves back to the heart of the brand story by encouraging people to choose pleasure. ‘Thought Train’ reflects how tech can dominate our lives and by featuring a modern-day heroine, Galaxy  wants to inspire people to put distractions aside and commit to a mind-set that chooses pleasure not as a luxury, but as an essential.
The new creative sees the female heroine, Jade, sitting on a train when a mysterious blue bird lands on the table in front of her and catches her eye, signifying the ever-updating newsfeeds of a social media platform. She follows the blue bird into the next carriage where she is confronted with train walls plastered in thousands of sticky notes, detailing hectic reminders of everyday life. As the carriage starts to spin, time slows down and Jade falls into the next carriage where brightly coloured 3D spheres appear as though she is part of a video game. She begins to wade through the spheres as the carriage starts to tilt. Jade and the spheres tumble through the carriage and then suddenly, she is back to reality. Instantly she realises she has fallen down the rabbit hole of technology; she turns over her phone, blocks out the clamour, and actively chooses to focus on her own pleasure by eating a bar of Galaxy  chocolate.
The new advert forms one part a £3m campaign that will see online advertising play a key role in supporting the launch of the TVC - from launch through to the end of 2017.
Michele Oliver, VP of Marketing at Mars Chocolate UK said: “We are really excited to launch a new creative direction for the Galaxy brand. Audrey Hepburn encapsulated the luxury of Galaxy and illustrated the idea of actively choosing moments of pleasure. ‘Thought Train’ is the next stage of this journey. A strong female icon has always been at the heart of the Galaxy  story and our new heroine, Jade Anouka, is no different. She is a representation of the modern day, empowered woman and we hope that through this advert, our audience will be able to identify with the symbolic world she finds herself in.
“The Galaxy brand has a long history of encouraging women to pursue pleasure - whether that’s a moment to really enjoy your favourite chocolate or a decision to put yourself first for once.”
Jade Anouka, star of the new Galaxy  advert, said: “As soon as I saw the script for the new Galaxy  advert I knew I wanted to be part of it. I believe that even today, many women still feel conflicted about putting their own wants and needs first. I’m excited to be part of something that supports women taking time for themselves.”
‘Thought Train’ is a global film and was directed by Sam Pilling from Pulse films, the script was written by Rob Messeter and Mike Crowe at AMV.BBDO and the campaign was co-created with BBDO NY – the Galaxy  version will run in the UK & Ireland and the DOVE version in USA.  Beginning with the UK and US markets, this new advert will then roll out across all Galaxy  & DOVE markets.
James Drummond, Board Account Director at AMV BBDO UK said: “As anyone who has tried Galaxy  will happily tell you: it’s a pleasure worth the indulgence - and our latest film brings this feeling to life. The idea and the meticulous execution (thanks Sam!) is fresh and new for the brand and the film was designed to engage all the senses and hopefully creates a feeling of excitement, adventure and discovery, before ending, of course, with a choiceful moment of pleasure.”
Galaxy is Mars’ biggest confectionery brand in the UK and the nation’s second largest chocolate brand, worth approximately £210m.
view more - Creative