Trends and Insight 194 Add to collection 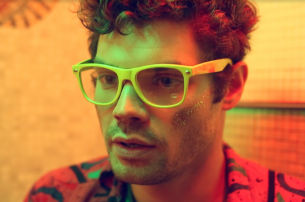 With multi-platform experience directing and writing for stage, screen, radio and online, Gabriel is well-versed in compelling narrative and is constantly looking for new and inventive ways to capture his audience’s imagination.

He has written and directed multiple award-winning short films including, ‘Thrush’, ‘Smoke’ and ‘Toilets’, the latter of which was commissioned by Dazed after they named him a Dazed ‘Visionary’. He went on to co-create the BBC groundbreaking real-time murder mystery ‘The Last Hours of Laura K’ which won many awards including a Gold and the ‘Audience Award’ at the Lovies, as well as ‘Best Multi-Platform’ at the International Format Awards in Cannes. It was also nominated for a Broadcast Digital award, ‘Digital Creativity’ at BAFTA, a Prix Italia, and ‘Best Visual Experience’ at SXSW Interactive.

Find out more about Gabriel here.

A true champion of story, he brings engaging narrative to the fore in any format and his ‘unconventional’ upbringing means he has never been afraid to explore taboo subjects with his experimental and often borderline comedy.

Bisset-Smith currently has three feature films, a play and two TV series in development. He is also the co-creator of the ‘Guilt and Shame’ podcast which he hosts with Robert Cawsey & Vicky Jones.

Of the new addition, Rattling Stick say, “Gabe is such a clever and insightfully creative person with an incredible ability to translate real world issues and topics into poignant, funny content. We can’t wait to see how he brings his talents to the world of commercials and beyond with us.”

Bisset-Smith adds; “I'm so excited to be joining Rattling Stick/DirtyWork as I'm huge fan of their work and the insanely cool creatives on their roster. They don't just think outside of the box but build a whole new massive box that has wings and disco balls and can fly to the moon and sh*t. And I know that being around such a talented gang will elevate my own work and help me build my own outlandish multifunctional boxes!”