Reflecting on an inspiring trip to Singapore 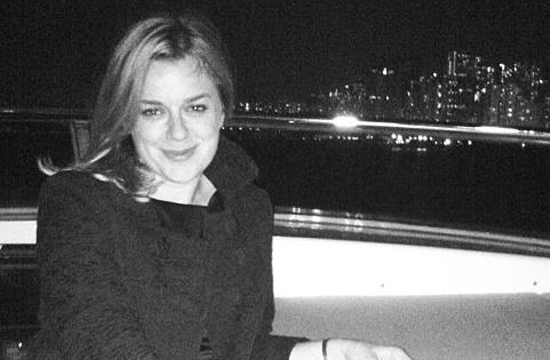 I’m typing this in the most unlikely of locations. It’s not too radical, but I have to pinch myself that only four months ago, I was merely dreaming of living in Hong Kong and exploring Asia Pacific. Now, here I am, half way through my third month and just returning to this great city from another amazing metropolis, Singapore.

It’s been another fantastic week running around meeting and greeting the great folk of our industry. Touchingly - and importantly - it seems that each and every person that I met in Singapore loves LBB and is putting 100 per cent behind our growth in Asia Pacific. “Phew” I imagine you can hear me mutter. “Phew” indeed. This has been a huge leap of faith for us as a publication and not without its financial and emotional risks. So it is with relief that when I call or email asking the good people of Singapore to catch up with me, they not only open their doors, but they also supply seriously awesome tea and cake.

As Mark Tutssel said to me during a ‘Five Minutes With’ interview – when you can wake up each morning and going to work, is not going to work – that’s when you’re truly blessed. Who can complain about meeting wonderful people, hearing brilliant ideas, seeing clever and beautiful work and visiting some of the most amazing work spaces? Check out the photo of Leo Burnett’s Singapore lobby on our Facebook page; it’s amazing. A large sketch of Mr B curves from ceiling to floor, resplendent with his very own gigantic black pencil. Take in the huge space that is Ogilvy’s central lobby and auditorium, make note of the light streaming from parallel windows in the Lowe Asia Pac HQ and don’t forget the view from McCann Worldgroup’s rooftop deck.

Maybe I’ve been living in HK too long and ‘space’ itself now astounds me, but these agencies’ premises are as amazing as the work they are producing.

Some key themes emerged from the trip. Unsurprisingly, everyone is gearing up for this year’s Cannes and not only getting their submissions in, but also planning and preparing their speakers. Finding creatives seemed to also be the main topic of conversation. Not one, but at least five ECDs stressed how hard it is to find new talent. A little surprising, considering the current financial difficulties in Europe and the US. If you can take a little humidity, I strongly advocate Asia Pacific. Not only for the potential weekends spent on Malaysia’s beaches, but the tiny 10 per cent tax that Singaporeans pay.

Along with Cannes and talent searching, another recurring topic of conversation was Spikes. When one festival ends, another begins. Most of Asia attends the AMEs in Shanghai this week, and excitement is already brewing for the 2013 Spikes festival in Singapore.

Despite the humidity, yearly government contract pitching and the recent report that Singapore is the most unemotional nation in the world (check out Your Shot this week), on the whole, I saw that this region is still growing as quickly as it has in the last four years. With that growth, it’s also producing some exceptional work. Look out in LBB for future campaigns – we’ve got several great pieces breaking with us soon, and keep an eye out for that work in the award shows… believe me, Singapore is pretty inspiring.