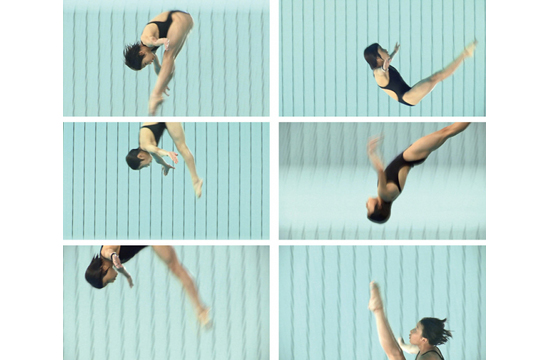 Art Basel Hong Kong opened its doors last Wednesday and from Monday until Sunday, the city was not only visiting ‘Art’ but endlessly chatting about the work, the openings and the people - all accompanied by complaints of sore feet and aching hangovers. This in direct contrast to the general perception that Hong Kong’s sole reason, drive and purpose is finance and shipping. Guess what? It’s not!

In fact, the HK government is putting a great deal of time and resources into funding and promoting its arts and creative industries. I am constantly finding and meeting independent designers, brands, directors, animators, artists and boutique owners. Maybe it’s the proximity; no one is particularly far away from one another. Most people are based in either Sheung Wan (like our good friends at RSA) or work out of amazing work spaces such as the Hive.  Finding people does take a little bit of effort, but when there are sites like Start-Up HK and events such as ‘Very Hong Kong’ and this weekend’s Poho Bazaar, it’s very easy to enjoy and become part of HK’s creative scene.

Returning to Art Basel….  Last Wednesday I was lucky enough to attend the opening night (thanks to Linn Tieu, Helen Clemens and Reed Collins). The event was hosted in HK’s exhibition centre and spanned two floors, containing galleries from each corner of the globe and covering most aspects of modern art. From Picasso and Miro, to Warhol, Hirst, Kapoor and Kusama… that’s a lot of work!

On Saturday I returned, pad and pen in hand to take my time and check the event out properly. The weekend also saw an influx of families, in direct contrast to the beautiful champagne quaffers who seemed to have stayed there since opening night. Parents and grandparents brought children to see the works of legends and discover new talents. The atmosphere was surprising. The constant shouting, talking and movement threw me. As my old Goldsmith’s classmate, visiting artist and Art Basel buddy Hugo Dalton pointed out, everyone was snapping photos with smartphones. In fact, you could be looking at a piece, trying to take it in and suddenly someone would shove themselves, you or their arm out to take a photo. The awareness of another individual and the respect usually shown to the viewer was lost. I’m not sure if it was a bad or good thing. The event’s vibrancy and bounce kind of made me chuckle rather than scowl.

Work wise, I fell in love a lot. If I had to choose five pieces they would be: Garry Fabien Millers ‘Sections of England’ a collection of seascapes, captured across a period of time from one location. My great love Chiharu Shiota was, to my joy, shown by several galleries. The Tokyo gallery, Team Lab, had a great collection of work, notably, Amano Yoshitaka’s ‘Candy Girls’ and Hyung Koo Kang’s ‘Green Marilyn’. The crowd was drawn to and loved Piano Flexionante by Elias Crespin. But above all, the work that really drew me was a piece of video art entitled ‘Embrace’ from Beijing artist Ma Qiusha. Repeatedly, it shows divers in mid-air. They never hit the water and we do not see them either begin or end their dive. Instead we seem them continuously bend and move in their descent. On first appraisal, it seems as though we are watching the same girl, but if you look closely, although they have the same haircut, same costume and same body shape, they are different individuals. Filmed at the Beijing School for Olympic diving hopefuls, these girls are potentially China’s next medal winners. ‘Embrace’ makes you inquisitive; you can’t help but wonder which one will make it? Who will win gold? The answer – or lack of one – is reflected in this dive that never seems to finish. Each is in their own personal state of flux, which means that neither you nor they know what will become. Simple and beautiful.

Art Basel has now left HK and has returned to its original roots, in Basel, where it will open in June 2013.

Returning to the world of advertising, I’d like to thank BBH Asia Pacific’s HK visitors Deborah Abraham and Rachel Flier who took me out on the town this weekend. Thanks also to DDB Asia Pacific’s Karen See and John Zeigler. Not only for my ‘5 minutes with’ John but also for the fun dinner. You can check out what DDB’s very own JZ had to say in this week’s newsletter.

Next week is my final week in Hong Kong for a month. I’ll be heading back to LBB HQ on the 8th June and spending a week in London before hitting Cannes. For those of you who will not be attending the Lions and who would like to catch up – drop me an email: gabby@lbbonline.com

In the meantime, those who are attending don’t forget to come see us all at La Plage Courage, LBB’s very own beach. All details can be found here: https://www.facebook.com/events/339586812817634/

Have a great week,