Gabby is inspired by the whole process 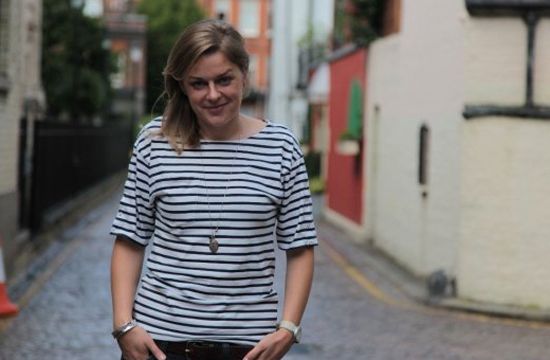 This week I visited the offices of BETC London and, whilst I was there, their CEO Matthew Charlton and I discussed many things, but mainly how people should talk positively and enthusiastically about the work that the creative industries create. Not just talk about its physical merits, online success and effectiveness, but to talk about the process of the work, why it is made, what inspires people, how they are influenced, what it’s like to have an idea and see it through to fruition. The joy and the fear that such an experience can bring and the reasoning behind its creation.

Last month I was invited by my friend Suzanne Schurgers to go and see the work that she was producing with KK Outlet. Stupidly, I got a black cab to take me out to deepest, darkest Wembley, and £50 later, was deposited in an industrial estate that stunk of fried food. It was, there’s no avoiding it, ugly. Nasty, in fact. And bewildering, as I didn’t know where I was, where the nearest station was and how long it would take a police car to find my dumped body. So, it was with real joy when I saw her familiar face and was ushered into the space that KK Outlet, for the last few weeks, had been creating in.

For me, it is a real pleasure to see the work being created. It’s the one thing I miss from my production days. Being on set, being around the work...there’s a dynamism that can’t be bottled. It’s so much fun, so stressful and there’s always a feeling of disbelief at the end when you've done and dusted what seemed impossible at the start. I really enjoyed meeting the artists that were creating for KK Outlet and Red Stripe, meeting the team, the clients and getting to talk to the Art Director about the work. He was buzzing about it, was engaged in what they were doing and, rather than talking to him months later, I got to capture some of what he was feeling as he spoke about the work that day, what he was experiencing.

This week we feature that article in our piece ‘Your Shot’. In the last few weeks I’ve been able to attend several other shoots and installations, where I’ve even bumped into some old school mates. It’s one thing to report on the work as and when it is done, but there is something really special when people share a bit of the creation process with you. I agree with Matthew and I really hope that Little Black Book gets to be the publication that gets to talk more positively and productively about the work from brief to completion. Send me invitations please. I am very good at keeping secrets.