Back after lengthy Cannes recovery 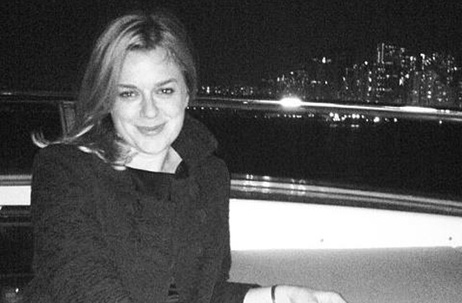 I’m back. Since Cannes I’ve been in hiding. The ten days of recovery in Greece after the obligatory Southern France debauchery did allow me to rediscover my marbles, but the madness of arriving back to Hong Kong and promptly losing my sanity at the Ogilvy away day (Thanks again to O&M HK for my invite) did result in space cadet behaviour for several weeks. It’s fair to say that I couldn't have put a coherent sentence together, but Laura Swinton took stock of the situation, and unsurprisingly, Laura’s Word was a complete success.

And that brings me on to my next point. We’ve had a bit of a reshuffle here at LBB HQ. New job titles are soon to be allocated, and from now on Gabby’s Word will be a monthly Asia Pacific update. I’ll leave the wittier and much brighter, Laura, to entertain you for three outta four weeks.

Cannes has been and gone, and most of Asia Pacific is in Europe, holidaying with their families and avoiding the typhoons – as such, the month of August is a quiet one. We’re not seeing that many campaigns breaking, but we are seeing a heap of new hires. This week alone, several big roles have been announced: Ogilvy & Mather Asia Pacific appointed Samantha Webb as New Talent Director; PHD China announced Aaron Wild as CEO, Muriel Lechaczynski returned to TBWA China as their Brand Team Leader and Theresa Loo rejoins Ogilvy & Mather China as the group’s national training director. It seems that recruitment is a huge conversation here in Asia and, as Laura is on holiday, I’ll visit this subject in greater detail next week. If anyone would like to contribute, please drop me an email gabby@lbbonline.com.

What does September look like this side of the globe? Spikes!

The first set of jury members were announced on Monday – it’s a diverse collective of talented, global folk, and I’m looking forward to three days of inspiring conversations, great work and, fingers crossed, the opportunity to seek out new talent.

This year’s theme is ‘Transforming Creativity’. Among those speaking are: the ‘pilot whisperer’ television and film director, David Nutter for DDB, Microsoft’s Anita Carasa and Google’s Tom Uglow. On top of that, DigitasLBi will be represented under its new guise by CCO Chris Clarke, my former work buddies, Contagious Magazine, will have Will Sansom presenting, and Lowe and Partners’ Jose Miguel Sokoloff and Tony Wright, and AKQA’s Rei Inamato will return after speaking in 2012. You can see the full list by clicking here. The first of many party invites has been sent out – congratulations to McCann’s Jane Fraser to be the first RSVP for this year.

LBB is excited to be returning to Spikes as 2013 media partners. I’ll be in Singapore for the week and look forward to meeting as many of you as possible. If you would like to organise a meeting, please email gabby@lbbonline.com.

And on that note, I’m signing off, ready to brave the windy streets of HK. We’re currently experiencing a T8 warning here – my first – which means baton down the hatches, possible winds of 180km, stay indoors and keep away from windows. Exciting times – gotta love a good storm.