An update from Asia 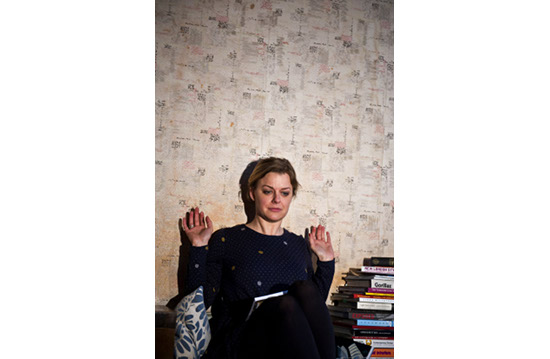 Laura and I realised that it’s been a while since my last Gabby’s word and as such, the good LBB audience may have thought that I’d disappeared. Have no fear, I’m still very much here, working quietly away in APAC and steadily bringing you the work and announcements from across the region. So, without further adieu, I thought I would bring you up to speed with a few regional updates and some of my own local observations.

Rewinding to September’s Spikes 2013. What I really enjoy about this event is its size because, unlike Cannes, it’s still small enough to be housed underneath one roof allowing the audience to mix and mingle. I not only managed to catch up with our regional contacts, but with international LBB supporters, such as our friends at MediaMonks, Lowe+ Partners, the DigitasLBi team, Holler’s James Kirkham, Leo Burnett’s Mark Tutssell and our buddies at Great Guns. Highlights for me would include DigitasLBi’s Chris Clarke’s ‘Is the internet making everything shit?’ my cuppa and cake catch up with AKQA’s Rei Inamoto and I was fortunate to have ‘5 minutes’ with the ‘pilot whisper’, Great Guns director and DDB Presents speaker, David Nutter.

In October, LBB moved offices and we are now stationed out of the creative hub space The Hive. Surrounded by other independent companies and freelancers, this little space is a daily source of inspiration and an opportunity for LBB to tap into the local zeitgeist. Our fellow desk neighbours would include Secret Walls x HK, The affordable art fair, digital agency Red Ant, airbnb, luxury hotel guide Mr and Mrs Smith, the recently opened APAC office of Precedent, Method and the non-profit, Global Reach… to name a few. We’re hoping that not only will this relocation create more editorial opportunities, but also possible collaborations.

Marc Quinn opened ‘Held with Desire’ at The White Cube last week, an exhibition that looks at how desire shapes our universe and affects our relationship with nature. I was fortunate to attend the opening and to meet the artist – one of the great draws again of HK is its size and openness, it’s so easy to meet people and make acquaintances. Unfortunately, even though I cheekily tried, I was unable to get the great talent to spend ‘5 Minutes’ with me, but will try harder in future.

Art and politics combined oddly last month with the creation of ‘When Mao Zedong was Young’, an animation that the director produced in order to capture the childhood origins of the leader. The 30 million yuen film is targeted to inform a new generation of Chinese about the legacy of the leader. It would once have been taboo to portray Zedong as a cartoon, but the animation has now been selected as one of three films to celebrate the 120th anniversary of Mao's birth at the end of this year. Hopes are reportedly high a 3D version will be ready in 2014.

Christmas seems to be hitting Europe and the US, but here in HK, it’s a different story. Aside from the Christmas card and confectionary display in Marks and Spencer you’d be unsure what time of year it is here. Yes, we’ve hit a chilly 21c today (which is surprisingly cold) but aside from the appearance of scarves and jackets on the streets there is no mention of Santa Claus and the baby Jesus. Which is why I’ve been looking with longing at Liberty of London’s Instagram and have found myself sobbing at Tesco’s recent offering. Ironic, considering last year I was fuming that mince pies and Christmas trees were available for purchase in October. Surprising to go from over saturation to absolute zero.

This region is perplexing in its celebrations and one recent event that had me raise my eyebrow would be Monday’s ‘Singles’ Day’ in China. Yes, that’s right, there’s a day to celebrate being single (which as a singleton I will holler whoop). And guess what, it’s essence is for major retailers to offer massive online discounts.  That’s right. Mainland online shoppers set a record this week, smashing last year’s 19.1billion yuan record by a reported 30+ billion yuan. The online shopping spree comes as the government is eager to find new ways to promote domestic consumption as its economic driver. I’m not entirely sure how you clarify as ‘single’ to take full advantage of the 70 per cent discounts that some retailers were offering, or whether it’s a vacuous title that provides an excuse for vulgar frivolity. Either way, I have a lovely pair of suede ankle boots on order.

Lastly, and by far not least, I can’t not mention the Philippines and the disastrous effects of Super Typhoon Haiyan. I think many of us were concerned that efficient support and finances would be allocated to the area, but it’s with relief and pride that I see so many of our global governments providing aid and that, locally, many large and small businesses are finding ways to raise funds, collect clothing and household possessions and, in the case of HK’s Red Cross, organise ways in which residents can volunteer their time to help those in need. Which is why I will be offering myself to help man the helpline’s for missing persons and… we ask all LBB readers to find out what you can do in your region and, if possible, please dig into your pockets and donate funds to the Red Cross. You can do this at www.Redcross.org.ph.

I shall see you all next month. In the meantime, I love to hear from folk, especially if you have a story to tell or some great work to show me, you can reach me via email gabby@lbbonline.com.