Future Shock: Why Black Mirror Is Required Watching for the Tech-Obsessed Ad Industry 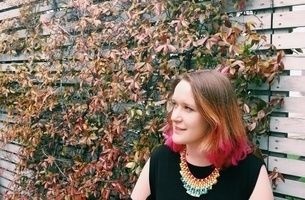 This Halloween the team at LBB HQ has been seeking frights of a more existential nature than usual, binging as we have been on Black Mirror and Westworld. As the industry gets excited about the possibilities presented by VR, AR, MR and AI (so many acronyms!), it’s perversely thrilling to engage with what might happen if all that exciting, disruptive tech goes wrong.

Never before has the time lag between science fiction and fact been shorter. The latest series of Charlie Brooker’s dystopian tech anthology, Black Mirror, poses a couple of scenarios that could quite easily become a reality in five to 15 years. For example (spoilers ahead), the mixed reality potential of HoloLens and (we guess) Magic Leap offers plenty to get nerdy about: gaming, entertainment, education, socialising. I hadn’t stopped to think that it could be used by the industrial military complex to make the act of killing easier – but of course after a decade or so of refinement, why wouldn’t we have the technology to facilitate that?

There’s an extra stab of discomfort and dull horror that hits you somewhere between the gut and the sternum when sci-fi starts to become plausible. When Terminator launched in 1985, Skynet was little more than an elaborate framing device for some time-travelling android action. These days…

In 1970, Alvin Toffler wrote the book ‘Future Shock’ about the psychological and sociological upheaval associated with rapid change. ‘Future Shock’ was the term he used to describe the feeling of ‘too much change in too short a period of time’. In this time of perma-disruption it’s a handy description of what our under-evolved ape brains are going through and it’s also an apt turn of phrase for the lingering dread felt after watching any episode of Black Mirror. Binge-fodder it is not.

Still, it’s worth a watch if you’re working in the wibbly-wobbly space of creative technology and advertising. However much agencies, production companies and individuals in the ad industry are rebranding themselves as futurologists, styling themselves as evangelical experts, it would be wrong (and a bit boring) to ignore that disruptive tech is open to abuse. Anyway, that tension between utopia and dystopia is a much more interesting place in which to play, from a creative point of view.

Showrunner Charlie Brooker has said several times that he doesn’t have a problem with technology per se (and long-time fans will know he started his career as a video games reviewer). Rather his stories are about what happens when incompetent (or lazy, or selfish, or short sighted) humans get their mitts on technology. From an adland perspective it’s worth bearing in mind that, however ingenious your hack or innovative gizmo, people won’t always react or adopt the way you want them to.

Anyway, Black Mirror might not be the most traditional Halloween viewing but for those of us paddling at the edges at of this enormous technological sea change, it’s unarguably chilling.