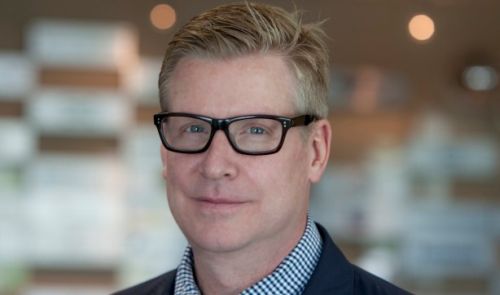 “Over the past year, Fusion-io has seen great growth in new markets around the globe. Michael’s experience in building iconic global brands will help us maintain Fusion-io’s leadership position as we move into the next phase of the company’s development,” said Shane Robison, Fusion-io chairman and chief executive officer.

“With flash, Fusion-io invented a new way to store the world’s data and we continue to set the pace in high performance storage scenarios. Michael’s heritage in helping companies bridge into new industries and markets will bolster Fusion-io’s ability to share the power of application acceleration to a wider audience than ever,” said Ian Whiting, Fusion-io executive vice president, global field operations.

“Leading companies are now putting data at the heart of their business because of its transformative ability to provide insights faster. Flash is powering this evolution and Fusion-io is transforming the speed at which businesses of all sizes can respond and react to the flood of new data and applications,” said Mendenhall. “Fusion-io has the most advanced flash memory portfolio in the market. This is an incredibly exciting time for the company and I’m thrilled to join a team committed to helping businesses and industries operate in real time.”

Mendenhall sits on a number of boards and is widely known for being a prolific speaker. He was named one of BtoB Magazine’s top marketers of the year and was ranked on Advertising Age’s “Power Players” list. His campaigns received the Silver Lion’s Best Corporate Campaign Award at the International Advertising Festival in Cannes, France two years in a row.

Mendenhall has received numerous industry awards, was a member of the World Economic Forums Global Agenda Council on Marketing and Branding, and recognized by The Internationalist magazine as an “Internationalist of the Year” for his efforts in redefining cross-border marketing campaigns. He was also a recipient of the Distinguished Alumni Award from Emerson College in Boston, where he holds a bachelor’s degree and now serves on the Board of Overseers.