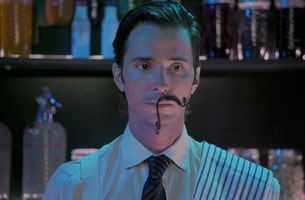 Kahlúa is taking on the over-the-top 'artisanal,' 'craft' excess of today’s drinking culture with a new brand campaign that reaffirms its roots as an original — and different — drink of choice.

The marketing initiative introduces a new tone of voice for Kahlúa. The work amplifies research findings that speak to the iconic brand’s attributes as the unexpected – but fun – choice. The Kahlúa consumer of today, according to research, associates Kahlúa with offbeat good times and social gatherings.

“For this consumer, today’s cocktail culture — think reservations-only speakeasies or $20 drinks — takes some of the pleasure out of going out,” explains Monica Höhle, Global Brand Manager, who notes how extensive quantitative and qualitative research not only led to these insights, but also revealed that these qualities were extremely attractive to a consumer group that values authenticity and laid-back fun. She added that, “Kahlúa more naturally fits in with their lifestyle and personality. They associate it with the Dude and his love of White Russians and with good times with close friends.”

In order to connect with this consumer target, Sew, Kahlúa’s global agency of record, worked with Funny or Die to develop a series of films inspired by “old school” PSAs. The series urges consumers to step away from the mustachioed, cocktail-shaker-wielding mixologists and their 18-ingredient offerings. Instead, Kahlúa suggests they stage a “Tiny Rebellion” and go for something fun, delicious and simple — like a Kahlúa cocktail such as a White Russian or Mind Eraser. Comedian and actress Jillian Bell plays host Leesa Carols Tyler-Jacobs and introduces each “PSA” as a message encouraging consumers to be true to themselves and do what they want, not what they should.

Jesse Inman, Creative Director at Sew explains, “That thing you do and say #sorrynotsorry after? That’s a Tiny Rebellion. A small and subtle stand against what’s expected. A Kahlúa drink fits right in there for our consumer as an alternative to the common round of shots or standard night out.”

Four films will be promoted on a Tiny Rebellions microsite on Kahlúa’s homepage, as well as through the brand’s owned social channels and digital marketing. The first two episodes debuted the week of July 11th. They feature ordinary social moments that might just feel a little too typical if all goes as planned. In true PSA style, the films inspire viewers to rebel against the expected, inviting them instead to stage a Tiny Rebellion by ordering a Kahlúa cocktail — bringing levity and irreverence to the gathering.

Sew recommended Funny or Die as a production partner because the company has a strong appeal to the millennial market and a legacy of success in creating original content that is engaging and shareable. The films will also be part of an integrated social and digital media plan developed by partner agency 360i.