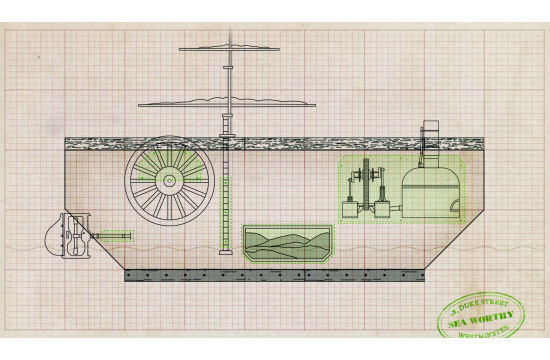 Brunel’s ss Great Britain, the Science Museum and Aardman Animations have joined forces to create an interactive experience that aims to encourage children to engage with culture and the work of Isambard Kingdom Brunel.

Aardman Animations were briefed by Brunel’s ss Great Britain to createa game that pupils can play in the classroom and at home with their families.

‘Full Steam Ahead’ has been designed to teach pupils that Isambard Kingdom Brunel’s determination and resilience to persevere, solve problems and learn from mistakes helped him succeed.

The game takes the player through a series of ship building challenges, based on those that Brunel faced throughout his career. Successfully completing the challenges earns the player more money and stars so they can buy extra parts (engines, propellers, sails, coal and paddles); eventually resulting in the ‘ultimate ship’ that can cut through rough seas, carry more cargo, go the furthest distance and destroy opponents in tug-of-war battles.

This is part of a three year project called Museums and Schools, which aims to give 8,000 Bristol children the chance to visit Brunel’s ss Great Britain during years 6 & 7, as well as return with their families during the summer holidays. It is part of a national initiative supported by Arts Council England.

Rhian Tritton, Director of Conservation and Education said: “When we set out on our mission to inspire so many Bristol school children with the work of Brunel and the ss Great Britain, we knew that we would have to venture into the virtual world.

“Alongside the activities they’ll take part in here at the ship we thought the best way to keep that excitement going is to provide them with a platform that enables the pupils and their families to extend their experience, even when they’re at home. Full Steam Ahead certainly does that and we’re excited to share it with everyone.”

Lorna Probert, Head of Digital at Aardman Animations said:“This has been an inspiring opportunity to work with the ss Great Britain Trust to translate the wealth of material and knowledge about this historical ship into a fun and engaging experience for children. The game simulates the challenges that Brunel faced allowing children to learn from them in the same way that he did.”

The game is now available to play via Brunel’s ss Great Britain’s website http://www.ssgreatbritain.org/full-steam-ahead; it will also be downloadable via the App Store and Google play for free from the beginning of August. 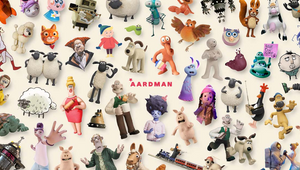 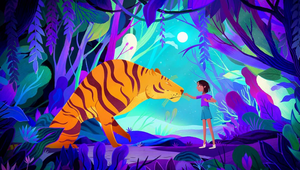