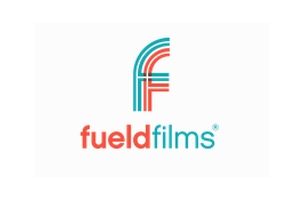 Austin-based Fueld Films, known for producing national caliber commercials in regional markets, has boldly expanded its creative resources with a dedicated roster of directing talent from strategic markets throughout North America. The development of the Fueld roster is an evolution of the company’s unique model, whereby the company’s crack producing team sources exceptional directors, editors, vetted crew, and post talent to support the execution of each project at the highest level. Now, dedicated directing talent is part of the Fueld Films creative network, which includes a second office in Denver. The newly signed directors are: Annie Gunn, Nate Balli, Doug Chamberlain, Kevin Kerwin, Nic Iyer and US representation forDavid Quinn and Jake Kovnat.

“Over the last few years, we have earned the trust of regional agencies to execute their projects beautifully and seamlessly via our vast network of relationships throughout North America,” explains Partner/EP Brady Anderton. “As our collaborations multiplied it became clear that a permanent relationship with handpicked directors was the next step. These directors – varied in style and location – provide creative depth and reach. Equally important, they embrace the creative, collective spirit upon which Fueld was built.”

The featured directors are located in Los Angeles, Toronto and other key production hubs, and have worked both nationally and internationally. Collectively, they cover all genres and project types from national television campaigns to integrated digital work.

Working in close collaboration with DP partner Peter Simonite, Annie Gunn brings sensitivity and a refined aesthetic for imagery and emotion to all that she creates. Her work for Telus, Fogo De Chao, Shaw and a variety of music videos will make you believe in magic.

Cannes 2014 Young Director of the Year for North America, David Quinn has a journalistic approach and his passion on set makes visible his belief that directing is not a job; it’s a way of life. The results for United Way, Paralympics, Park University, Urban Planet, Ontario Science Center, and Manwich bear this out.

Whether it’s a documentary, narrative, or hidden camera execution, Jake Kovnat can be trusted to connect with his subjects, capture the truth of the moment, and tell even the biggest brand stories with unparalleled authenticity; among them, HP, Weber, Taco Bell, Bio Steel, Tim Hortons, WestJet Airlines, Ronald McDonald House, Canadian Tire, and Tetley Tea.

Nate Balli champions the conceptualisation and design of creative content through motion graphics, video, and sound. He’s delivered the goods for NorthFace, Range Rover, ESPN, Under Armour, Pepsi, National Geographic, Red Bull, Outside Magazine, and Livestrong. He was a winner of the Mountain Dew 2014-2015 commercial competition, and received the Grand Prize at Canon’s Project Imagination Film Festival.

From comedy to documentary, Kevin Kerwin directs with a truth that is unparalleled as demonstrated in projects for Huggies, NASCAR, Children’s Hospital, and Vanderbilt University Medical. His writing talent has been recognised with a Milos Foreman Screenwriting Award, the Nickelodeon Screenwriting Award, and the Austin Film Festival’s Best Comedy Screenplay.

A Cannes Young Guns finalist, Nic Iyer is a big brand darling creating compelling work for Snickers, Sprite, NASCAR, ACE and more -- and he has recently expanded his work into the realm of shooting celebrities.

In addition to the new director roster, Fueld has expanded its network of postproduction collaborators to include Utopic in Chicago, Nocturnal in Portland and Salt Lake City, Spillt in Denver, BLK MKT in Austin, as well as Crawford Media in Atlanta. The result is a true 360 creative resource for clients.

“We are making friends in more cities day by day, job by job. Making new connections with like-minded partners has always been second nature to us, and the process has grown organically, “ says Fueld EP Summer Finley. “We can use their facilities and staff, but also have the freedom to bring in specialists, a certain editor who excels at comedy, for example. Everyone — from Fueld to the post houses to our agency clients — loves it.”