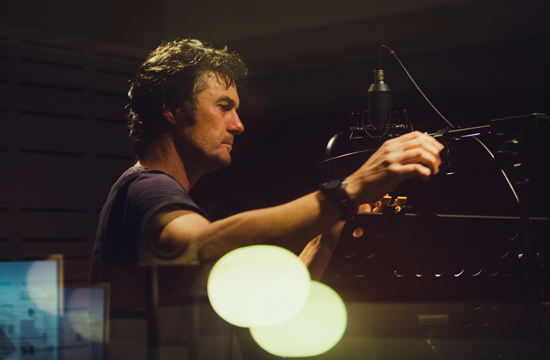 FSM has announced its newest brand, 50Below – an independent sound design and mixing studio for TV and radio production.

Offering sound design, voice recording, VO casting and directing, plus an array of sound advice, the in-house studio has been completely renovated and re-equipped with the latest Pro Tools HD system.

At the helm of 50Below is UK expat Nigel Crowley, an acclaimed sound engineer who began his career in aeronautical engineering – naturally. By night a reviewer of motor and mountain bikes for some of the best known Australian magazines, by day the charismatic Crowley wears the cape of audio maestro and is chuffed with his renovated home.

Crowley said the new room worked brilliantly. “It looks super cool,” he said. “I've been booked solid since we turned the power on so I’m glad we made it so much brighter and more comfortable cos I’ve hardly set foot outside the door.”

Cutting his major client teeth with Mag Masters, the busiest studio in London, Crowley then travelled extensively including time at Omnicom’s sound studio in Sydney before returning to London to Zoo Studios. In 1998 he set up the highly regarded 750mph, a five room complex and still one of the most successful audio studios in the UK. During this time he worked on an incredible array of blue chip brands including Nike, Stella Artois, Coke and Honda.

A bonus of the new arrangement, for both Crowley and his clients, is being on home base with FSM, allowing the audio and vision to be done hand-in-hand, as well as offering seamless communication and creative collaboration with the rest of the FSM staff. Add to that streamlined booking and administration processes and 50Below looks to offer a value-laden, flexible sound solution.

FSM managing director Rick Schweikert said the studio provided good use of valuable time. "Nige is awesome,” he said. “Having his talents available while clients are doing their finishing is not just satisfying their creative sound needs but is an incredibly efficient. And it’s not just for our clients finishing work at FSM, the studio is available for anyone needing world class sound design for TV or radio.”

There are many post houses. There are many sound studios. The magic lies in the combination. Bringing together the established prowess of FSM, the rock solid skills of a superstar engineer and state of the art facilities, 50Below is on track to be far greater than the sum of its parts.