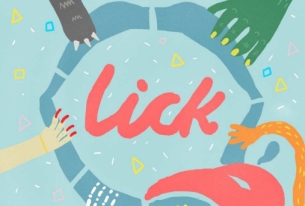 Ky and Owain, co-founders, started working together whilst in school, and made home-made frozen yogurt in their parents kitchens to sell on a small ice-cream trike in Tenby, Wales. They saved up and got a 2nd trike, then leased a whole beach, and finally moved to Brighton in 2008 to open Lick - the UK’s first ever froyo shop. Lick tubs are now on sale nationwide in Sainsbury’s, Waitrose and Ocado – making Lick a true modern entrepreneurial success story. Their frozen yogurt is the only 100% yogurt froyo in the world, and the brand has received marketing awards from O2 Smarta and The Guardian for marketing excellence.

One notable supporter of Lick is Dan Germain – the person responsible for building the Innocent Drinks brand, who has just invested in Lick shares and commented the following on the Crowdcube forum: "I am approached for advice by start-ups pretty much on a daily basis, especially those in the world of food and drink. I have to say that of all the people I've come across, and of all the proposals I have seen, the Lick boys probably have the killer combo - a smart founder group who work brilliantly together and trust each other; amazing and unique products; and a brand that works beautifully and naturally."

Lick’s Crowdcube.com campaign is over half funded already with over two weeks to go.

Co-founder Owain says: "We have a strong brand following and it’s amazing to be able to offer these fans the chance to be a big part of our journey. We already have over 180 people who have invested in Lick shares – we’ll have a massive party afterwards to welcome them into the family."