Father and daughter tale from The Richards Group, Arts & Sciences and MPC 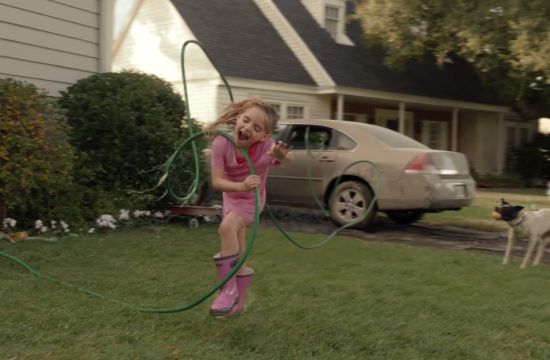 Working closely with director Michael Spiccia of Arts & Sciences and The Richards Group, MPC LA delivers a beautifully heartwarming campaign for AAA, which debuts as the brand’s first-ever Super Bowl ad and launches its new ‘Expect Something More’ campaign.

The campaign is made up of carefully crafted vignettes, which appear frozen in time and include integrated CG elements. The action in each spot follows a poignant journey of father and daughter unfolding in reverse. From a grandiose destination wedding to a semester abroad hiking through the Pyrenees and a makeshift car that doubles as a swimming pool, each scene illuminates the charm and humanity of life’s countless possibilities, and portrays all facets and the range of services of the AAA brand.

MPC’s involvement came early in the production process in order to meticulously plan and design every shot and fully support the director’s creative vision.  “MPC were instrumental in realizing my vision from the get-go, and were ultimately the crucial link in the chain in bringing "Emma" to life,” said Michael. Led by MPC LA Senior Producer Juliet Tierney and VFX Supervisors Mike Wynd and Jake Montgomery, MPC LA crafted seamless transitions between each moment to ensure a unified single narrative. “There is so much detail within each image that there will be something new to discover each time,” noted Juliet.

The team created a full 3D previz to guide production including camera positioning, timing and length of shots. “This helped foster creativity, saved time on-set and helped the seamless transition of the narrative between scenes,” said Mike. Following the shoot, every single shot was then digitally retouched, rendered, and enhanced including rig removal and rotoscoping.

“One of our biggest challenges, and an area we are proud of, is the CG water,” added Mike. “In a frozen world, every frame of every shot is not only movement sensitive, but also comes under heavier viewer scrutiny in terms of subtle nuances in texture and dimension within the shots. You don't get the benefit of motion blur.” Water elements and fluid simulations were generated in Houdini, while smoke, fog and light were simulated in Maya. MPC’s team of matte painters also created backgrounds including the stunning Pyrenees landscapes and wedding scene.

The spot was shot in Los Angeles over four days. Making the most of MPC’s global pipeline, the project was successfully completed between MPC’s LA, New York and Bangalore studios. Colorist Mark Gethin completed the grade, nailing a consistent warm, rich tone across the entire campaign.