From the Gridiron to The Hardwood: Nissan ups commitment to college sports with NCAA and March Madness Partnership 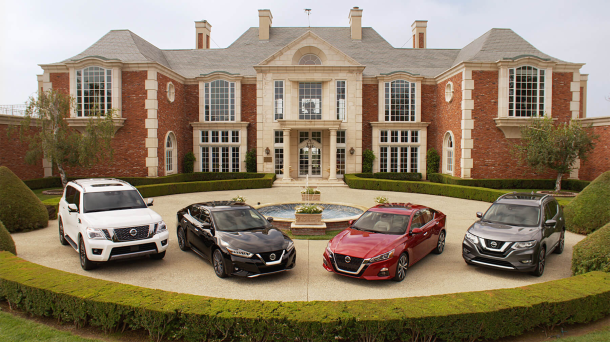 Nissan’s latest commitment to college athletics is official. Already a staple of college football with its Heisman Trophy partnership, Nissan is now an Official Partner of the NCAA – including an Official Corporate Partner of NCAA Men’s Basketball and the Final Four.

The NCAA partnership begins September 1 – the first day of the NCAA’s academic calendar.

“Through our Heisman Trophy sponsorship, Nissan has been synonymous with college football for well over a decade, and now, we are leveraging that momentum to expand our commitment with another icon of college sports,” said Allyson Witherspoon, vice president, Marketing Communications and Media, Nissan North America, Inc. “There are few things in athletics more exciting than NCAA March Madness, and we can’t wait to bring our exciting portfolio of vehicles and innovative technology to the hardwood this basketball season.”

As an Official Corporate Partner of NCAA Men’s Basketball, Nissan will have a robust presence on linear television and streaming in the form of commercial inventory, in-game features and vignettes throughout the season. CBS Sports and Turner Sports jointly manage and collaborate on the NCAA’s Corporate Champion and Partner program.

“We look forward to our partnership with Nissan, and we are pleased that the company, with its strong brand, has committed its support to NCAA student-athlete achievement, intercollegiate athletics and higher education,” said Ellen Lucey, NCAA director of Championships & Alliances, Corporate Relations, Marketing and Branding.

And of course, March is when the excitement really begins. Throughout the NCAA Tournament, digital will be a key space for Nissan to connect to consumers as they follow the excitement of NCAA March Madness® across all platforms and devices. On the ground, Nissan will have a robust on-site activation presence at the 2020 Men’s Final Four in Atlanta.

As the wheels are put into motion on Nissan’s NCAA partnership, the 2019 Nissan Heisman House campaign is already underway as part of Nissan's now 14-year sponsorship of the Heisman Memorial Trophy Award and the Heisman Trophy Trust. #

Now in its ninth year, this season’s Nissan Heisman House campaign features nine Heisman Trophy winners in a series of TV spots airing on ESPN beginning tonight and running throughout the college football season. The season’s opening spot, “Road to the Heismans,” will air during tonight’s UCLA vs. Cincinnati game, 7 p.m. EDT on ESPN.

All 2019 Nissan Heisman House campaign spots were directed by Anthony and Joseph Russo, the Emmy Award-winning directors known most for their work on Marvel films and the comedy series Arrested Development.

The Heisman House campaign continues to be a tremendous opportunity for Nissan to creatively feature our robust vehicle lineup and innovative technology in front of the massive college football audience,” said Witherspoon. “This year, we’re excited to welcome newcomers Kyler Murray and Paul Hornung to the family, helping create what is sure to be our strongest lineup of commercials, online videos and social content yet.”

Nissan will again provide college football fans the opportunity to vote for their favorite Heisman Trophy candidates. Nissan’s fan vote – the voice of the public – is cast along with other Heisman voters from sports journalists and previous Heisman winners. Fans can vote through Twitter or at nissanheismanhouse.com via their mobile devices.

As in previous years, the Nissan Heisman House Tour, featuring a simulated Heisman House, will travel to different college campuses throughout the U.S. The Tour provides fans an opportunity to enjoy the Heisman House living room, take photos with the Trophy, and meet Heisman Trophy winners as well as ESPN on-air talent.

The tour's first stop will be in Austin, Tex., for the LSU vs. Texas matchup Saturday, Sept. 7.

Fans can follow all things Nissan Heisman House throughout the season via the online platform HERE.