From Simpsons to Skeletor: 5 Ways to License Entertainment IP in Advertising 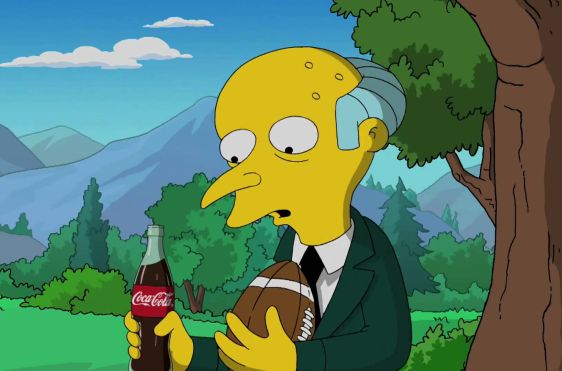 We’ve all seen entertainment IP being used in a really obvious way, such as the Halifax campaigns with The Flintstones and Scooby-Doo or the Moneysupermarket campaigns with He-Man and Skeletor.

There are a number of ways advertising can leverage entertainment IP in more subtle ways.

Here are a few ways to do just that.

This year we had the honour of working with start-up agency Uncommon and their first work for Ovo Energy, which also happened to be the brands biggest-ever ad campaign. The film was a provocative approach to climate change which saw everyday appliances plugged into the earth as a metaphor to show that renewable energy could power our world. The campaign included thrash metal band Slayer’s most popular track ‘Raining Blood’ throughout. About half way through the spot, avid movie fans recognised the famous ‘Get Mad’ speech from the 1976 film ‘Network’. It all comes together incredibly as the iconic lines by Peter Finch are heard over the Slayer track as the camera pans across the waves towards a dramatic looking wind turbine.

In 2016 we worked on Tesco’s Christmas campaign with BBH. The 30 second spot consisted of the Tesco family slumped on couches, napping after what appeared to be a big home cooked Christmas dinner. As we cut from one couch to another, we hear the TV playing in the background. It becomes more and more apparent that they’re watching an iconic scene from Wallace and Gromit’s The Wrong Trousers. We never see the TV, but thanks to Wallace’s recognisable voice and the show's huge awareness, most viewers will be able to picture what is playing out on the screen.

When I worked at Warner Bros. many moons ago, I worked on a campaign with Australian ice cream company Bulla Dairy. They wanted to license The Wizard of Oz, but not in a way that would come to mind straight away. Halifax recently launched a campaign in the UK which used footage from the Wizard of Oz movie, as have other brands around the world like FedEx and AT&T. The campaign with Bulla Dairy was a little different. Instead of licensing clips straight from the movie, they decided to create a modern day Dorothy catching the school bus home. The campaign had subtle hints of the Wizard of Oz, such as showing a girl wearing a witch's hat and a boy holding a toy resembling Tin Man. When she arrived home, she kicked off her red slippers and ate Bulla ice cream on the couch next to her dog, who of course resembled Toto. This is an example of using the likeness of a character from a film.

This is quite a broad term, but it basically means making use of themes and plots from a movie or TV show. For example, the first campaign Born Licensing ever worked on was with Simonds Homes, a home builder in Australia. Their creative agency came to us with the very ambitious idea of creating a Transformer out of a house and building materials. This Transformer was going to be a bespoke creation specifically for this campaign, and would not resemble Bumblebee, Optimus Prime or any existing Transformer. However it still resembled a Transformer in the way that it moved, the sounds it made and the way it functioned. Keen Transformer fans will even notice the Autobot Insignia the shimmers on the door at the end of the ad, which shows that this Transformer was one of the good guys!

This can be quite a grey area. I often get asked if use of iconic phrases and quotes from movies and TV shows needs to be licensed. It really depends on the way that they’re being used, but generally my thoughts are that if the use in the ad intends to have the consumer to make the connection with that movie or TV show, then a license should be agreed. Here is a great example with Pepsi. I love this example, because you would have to watch it at least 10 times to name all of the films referenced here.

We’ve worked on campaigns for T-Mobile, Facebook, Madden and Instagram that have all licensed footage from SpongeBob SquarePants. All of these licensed existing footage from SpongeBob SquarePants movies or TV series that fit the creative brief. Sometimes advertisers want to take things to the next level, and that is having something truly bespoke developed for them. There are lots of upsides to this, such as working with the talented animators themselves and having them put together something specifically for your campaign. However this comes with longer lead times and of course requires a bigger budget. Here’s a great example of a Coca-Cola campaign from Super Bowl XLIV in 2010 which uses entirely bespoke animation of The Simpsons.

We’re always encouraging creative agencies and advertisers to think of different ways they can use IP in their campaigns. 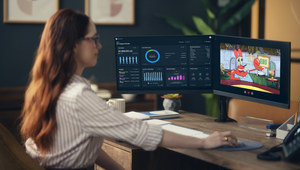 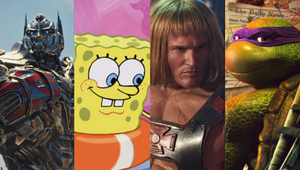