From Sex to Salami: Insights from Advertising's Best of the Best 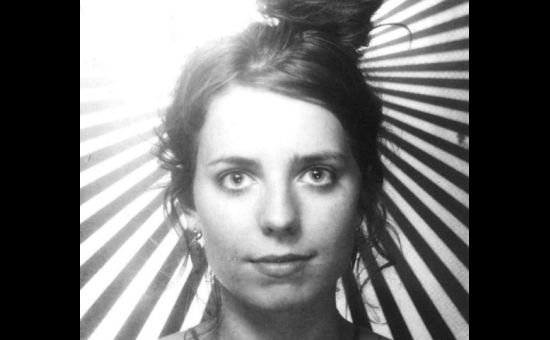 Each year the London International Award pays for young creatives and planners from around the world to fly out to Las Vegas to hear the top brains in the business share their advice and to observe the judging process in action. Eleanor Howe, a copywriter from DigitasLBi Paris, was one of the lucky few to be flown to Nevada for this once-in-a-lifetime experience and shares the top insights from John Mescall, Amir Kassaei, Ralph Van Dijk, Matt Eastwood, Dörte Spengler-Ahrens, Ted Royer, Chris Smith, Daymond John and Emad Tahtouh…

Creative LIAisons has come to an end in Las Vegas. LIA awards were allocated, bets were made and many insights shared. Young creatives learned not to be dicks and that wearing the same thing everyday leads to better decisions.

But more importantly, reoccurring themes emerged around two questions: "what’s it all for, both the work and the job?" and “how can we be the best we can be?"

These are the 9 things I learnt:

Everything’s been done before

You’ll never create anything original, just a new form of delivery. Examining the world around you and acknowledging what's pissed you off in the last few days is a good place to start. It’ll help you fight the fact that...

People have ultra sensitive bullshit detectors; if they feel they’re being lied to or cheated, it’s over. The key is to find that little nugget of humanity that’ll intrigue and grab people's attention. It’s the only way to avoid that “Skip Ad” button. Otherwise we’re just doing advertising for advertising’s sake.

Do this or die

So, why then, do we do what we do? Advertising is the business of solving problems with creativity, nothing more. Things are changing all the time, but this will never change. And if we don’t remember it, we will die, and quickly apparently.

That means stop cheating and getting distracted. Scam ads may feel really good, but they are pretty pointless. Winning awards has little to do with the real world. We have the power to solve real problems, even elevate society. If you manage that, the awards will follow. So don't make them the be all and end all.

Don’t make new technology the be all and end all either. They're tools; not the big idea. Even if the client demands it. Big data is a good example. Everyone’s talking about it. It’s the current ‘hot topic’. But no one’s really getting it, even the big boys that say they are. In fact, it’s just another thing distracting us from what we should be doing.

Be dumb and know nothing

Don’t be ashamed to say you don’t understand. Curiosity is golden, it’s what stops us growing up, keeps us asking the right questions and ultimately makes us good creatives. We’re lucky to be in an industry that values individuality, so milk it, inject joy wherever you can and never stop being a student.

Sit on the floor

Unlike a student in a classroom, however, when you're given a chair, you can actually ignore it. You might even end up meeting new people, avoiding neck pain, and having fun. We have to be subversive and stir it up whenever we can. Go on, break with convention. Nothing is just the way it is, most of it was made by people just like you.

Don’t let anyone cut your salami

Once you’ve got that subversive idea (‘your salami’), fight for it, because as soon as someone takes a chop, it’ll all disappear. So, push back. Have crazy ambition for it. It’s passion and a love for what you do that makes truly innovative and relevant creative, the kind with scale and impact on real people, rather than just another ad, victim to the ‘Skip’ button.

Avoid meetings at all cost

This one speaks for itself… nothing productive ever happened in a meeting.