Trends and Insight 536 Add to collection

The co-founder of Chromista on the family business, interning at A Band Apart and launching a production company with Darren Aronofsky 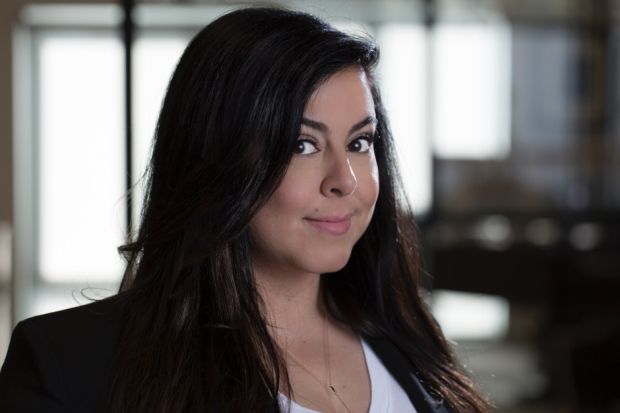 Sandy Haddad wasn't really meant to work in an industry like production. As the daughter of entrepreneur immigrants from Jordan, it'd have made much more sense to follow her parents into the family business. But one of those businesses was a gas station that boasted a hefty selection of videos available to rent. Eventually her dad decided to do away with that section of the store and the giant selection of movies was stowed away at home, ending up in her room as it had the space to fit it. Unsurprisingly she fell in love with many of those movies, many of them not aimed at a girl of her age.

Her first stint in the business was as an intern at A Band Apart, the production company owned by Quentin Tarantino. Not a terrible way to learn to ropes. She's never looked back. Her most recent venture is Chromista, a production company that she launched in 2013 with Academy Award-nominated director Darren Aronofsky and executive producers Scott Franklin and Ted Robbins.

LBB's Addison Capper chatted with her about her path to the industry and the importance of versatility in 2019.

LBB> Was film production something that you were always interested in?

Sandy> My father used to own a large video rental section in one of his gas-stations. When I was 11 he decided to remodel and get rid of the video rentals and brought all the VHS tapes to store in our home. I had the second biggest room in the house besides the master, so whatever didn’t fit in the garage was stored in my room for about two or three years. I discovered so many amazing films during that time that I don’t think a kid my age would otherwise enjoy. Godfather 1 and 2 were on the top of that list. Karate Kid, Back to the Future, and Goonies were some I found in the storage boxes and that I watched over and over again. As the daughter of entrepreneur immigrants from Jordan, the film industry was far from what my parents ever imagined me getting into. I was expected to follow in the family footsteps, but I was determined to follow my passion.

Sandy> Before getting into production I was helping my father run some of his businesses, one was his Mobil gas-station in my hometown of Santa Clarita, CA. I also had a short stint at Entertainment Tonight and KIIS FM working for JoJo on the Radio while I was in college. I really wanted to make films but fell into music videos and commercials through my start as an intern at Quentin Tarantino’s company A Band Apart. ABA surpassed my film school education. Nothing was as valuable as the experience and connections that came from my time there.

LBB> You launched Chromista with Darren Aronofsky - what's the history of your relationship with him? How did you initially get to know each other and why do you work well together?

Sandy> Before Chromista I was an executive producer at Wild Plum. Through Darren’s feature producer Scott Franklin, who my partner Ted Robbins had a long history with, we were able to connect with Darren on a couple of commercials just before he filmed Noah. The four of us had a great dynamic and decided to create something of our own. The name Chromista is an ode to our partnership. A Protozoa (the name of Darren’s film company) is a single cell organism. A Chromista is under the same supergroup but has four membranes. There are four partners in the company.

LBB> What's the premise that you launched the company under and how has it evolved since then?

Sandy> We are problem solvers. We built Chromista consciously as a boutique company as we forecast the possible effects of streaming on advertising. With two indie filmmakers at the helm it was a natural ethos to our company. We intentionally keep a low overhead so that we can put more on the screen and can be selective about the projects that we produce. In addition to the structure, we wanted like-minded filmmakers as a part of our team. We wanted to work with directors that were visual storytellers that weren’t just sitting around waiting for storyboards to fall in their lap. Every one of our directors can include a slash in their title.  Writer/director, director/photographer, director/production designer. The slashes add versatility and solutions to any creative demand.

LBB> You rep VR talent like Eliza McNitt - with that in mind, what are the most intriguing platforms for production right now?

Sandy> There are so many new technologies and mediums for storytelling now. It is great to discover new forms. We worked with Eliza McNitt on a captivating VR project for P&G and Ryot Studios titled ‘Drip Drop’ which premiered in Cannes this year. It was my first VR experience but we dove right in and really honed in on the process and all the technical aspects to achieve the intended result. It was an amazing experience and I was grateful for the challenge. I appreciate all the new advancements in technology, but there is one thing that doesn’t change, no matter the medium, and that is a good story. You can use all the new tech to showcase a piece but if you don’t have a good story that compels the viewer it doesn’t matter. That’s always our main focus.

LBB> And what do you look for when signing new talent to the Chromista roster? How important is versatility?

Sandy> Versatility is extremely important in the current climate. But more so than versatility we are always looking for vision. Directors with a clear voice and visual perspective. We recently signed director/writer Morgan Cooper, and beyond being an amazing young talent he has a very distinct viewpoint and is focusing on telling stories that are going to draw attention to communities that are otherwise underrepresented or unrecognised.

LBB> What are the most exciting things about advertising and production right now?

Sandy> There are so many opportunities to create and so many ways to get in touch with collaborators and decision-makers. The tools of filmmaking are literally at our fingertips.

Sandy> I see frustrations as opportunities for change. There are no rules right now and that’s exciting.

LBB> What do you like to get up to outside of work? Do you have any particular hobbies or quirks to help you unwind?

Sandy> I’ve started a podcast with one of my best friends, Hannah Lux Davis. Coming soon! And, truly I love to disconnect and unwind with my huge family. If you’ve met the Haddads you understand. 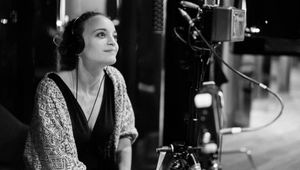 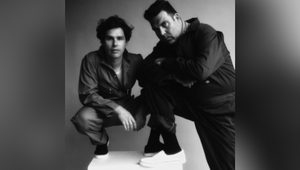 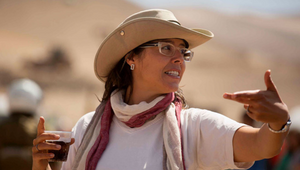 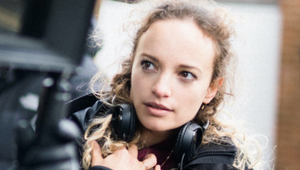 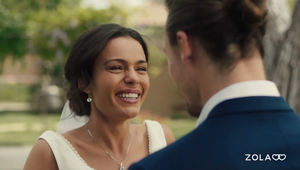