From RoboCop to Groundhog Day: The Top 10 Licensed IP Campaigns of 2020 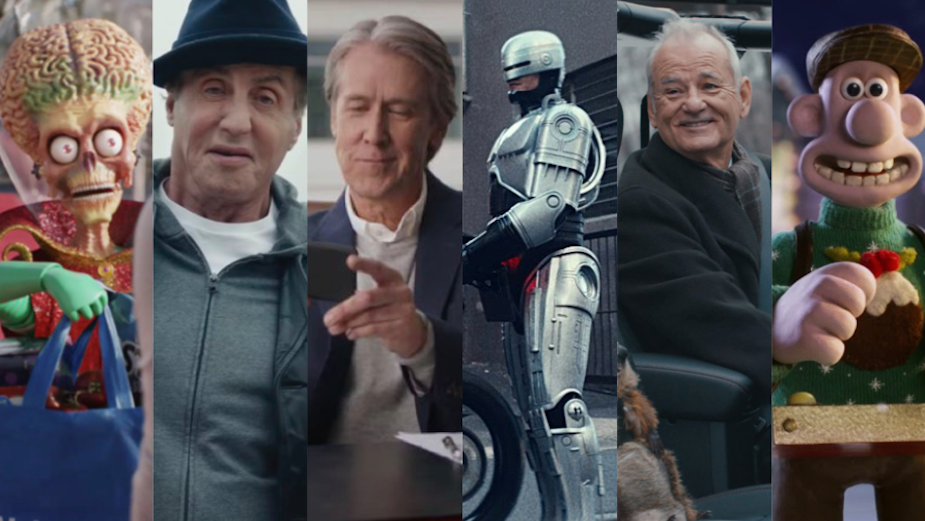 2020 was a unique year for advertising. The spread of Covid-19 had a major impact across the industry, which had to deal with tough production challenges. Creative was also impacted with brands wanting to proactively and quickly respond to the situation.

As always, Born Licensing were on the lookout for advertising campaigns which licensed characters, clips and other forms of entertainment IP.

Before we get into 2020, feel free to take a look back at our Top 10 campaigns from previous years:

2018:Deadpool to Dorothy: 2018’s Top Use of Character Licensing in Advertising

Here are our top 10 campaigns of 2020 that leveraged entertainment IP in one way or another.

We love how this campaign cleverly takes existing footage of Norm Peterson from 80’s sitcom Cheers and places him in a modern-day Domino’s location. Really clever blending and super effective!

9. Mountain Dew and The Shining

This is the first of five Super Bowl spots in this list, as big game advertisers really embraced IP this year! Here we see Bryan Cranston ‘shine’ in this recreation of the 1980 horror film The Shining. "Here’s Mountain Dew Zero!"

British Furniture retailer DFS has been working with the Wallace & Gromit Characters for a number of years now. Their new Christmas campaign ‘A Comfy Carol’ was considered one of the best UK Christmas spots this year.

Facebook Wanted to ensure their first ever Super Bowl campaign packed a few punches, and did it ever! In a clever spot for their Facebook groups platform, they highlighted a number of groups related to the word ‘Rock’. The spot ends on the famous Rocky stairs with none other than Sylvester Stallone.

It was a big success for Facebook, achieving 8.05% share of digital voice, almost 10 million online views and over 274 million social impressions.

Born Licensing managed the licensing of Rocky for this campaign as licensing agent for Rocky Rights Holder MGM.

An ad for garage-door opener doesn’t sound like it would be at all memorable or notable.However Liftmaster did exactly that this year by skilfully tying in 1980s cult-classic movie Ferris Bueller's Day Off into the campaign.

5. Pringles And Rick and Morty

Here’s Another Super Bowl campaign. As the number one comedy for young people in America aged 18-30, Pringles felt that Rick and Morty would be the best characters to bank on capturing the attention of their target audience. In addition to the advertising campaign, Pringles launched a new Pickle Rick flavour.

This Campaign screams ‘high budget’! Not only did they invest in licensing the rights to bring back Die Hard’s John McClane, they also splurged on hiring Bruce Willis to reprise the role. The campaign was shared by several high profile celebrities including Willis’ daughter Rumer.

3. DirectLine and RoboCop, Donatello and Bumblebee

UK insurance firm Direct Line understand the power of fictional characters thanks to the five years working with the Winston Wolf character from Pulp Fiction. Enter RoboCop, Donatello and Bumblebee to take things to the next level. Each character appeared in their own 60” spot and across other campaign material.

Born Licensing managed the licensing of RoboCop, Donatello and Bumblebee for this campaign as licensing agent for Rights Holders MGM, Viacom CBS and Hasbro.

Last year we named Walmart’s ‘Cars’ campaign as our #1 of the year due to an incredible 13 famous film and TV cars being part of the spot. This year they took things ‘out of this world’ by featuring at least 12 famous space themed characters. This was a real Super Bowl LIV favourite.

This Super Bowl spot was so popular that it achieved 14.58% of digital share of voice according to iSpot.tv. It had over 16.5 million views on game day and was commonly considered the #1 Super Bowl spot of the year. The most impressive thing was getting Bill Murray to reprise the role of Phil Connors.

In Apple’s Latest ‘Behind the Mac’, Lisa Simpson features with celebrities and cultural figures such as Lady Gaga, Tarana Burke and Billie Eilish.

In a moving Super Bowl spot, Google licenses a clip from Casablanca to really pull on the heart strings.

Born Licensing managed the licensing of Love Actually for this campaign as licensing agent for Rights Holder Universal Studios.