Trends and Insight 190 Add to collection 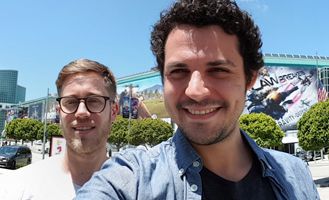 From the 14th to the 16th of June, the Electronic Entertainment Expo (E3) 2017 was held in Los Angeles. This year Biborg's Valentin Hugon and Ismael El-Hakim attended the event and shared with us the highlights and their disappointments.

As E3 has come and gone (and Cannes is out the way), so now is probably the right moment to summarise this year's expo. An interesting event for some, less for others. In any case, it was marked by some major highlights.

The war of conferences

As usual, E3 remains the flagship moment for industry executives, video game fans and publishers. This year the decision was to leave more room for content rather than conferences, and it was all the better for it!

Ubisoft has made a strong impression with the return of long awaited titles (Far Cry 5, Assassin’s Creed Origins, The Crew) but it was the announcement of Mario + the Rabbids Kingdom Battle as well as the reveal of Beyond Good & Evil 2 which have raised the most enthusiasm within the community.

PlayStation has kept us in suspense with new explosive trailers (Uncharted, Spider-Man, God of War) announcing new games for the PS VR as well as partnership with Capcom for Monster Hunter.

For the rest, we will remember that Microsoft took the opportunity to reveal the Xbox One X, competitor of the PS4 Pro and that Bethesda continues the bet on VR with news on Doom, Fallout and Skyrim.

eSport and indie games? A little but not too much

Unlike Gamescom 2016, very few booths were dedicated to eSports. In spite of everything, Bethesda took the opportunity to announce the entry of Quake at the event with the Quake World Championship and a cash prize of one million dollars.

Note also the phenomenon of Playerunkown's Battlegrounds which had its own dedicated wing on the Twitch stand. The PC game will soon be making its way to PlayStation and Microsoft consoles.

According to latest trends, eSport has not increased significantly in the last four years, even though it is increasingly being discussed. The rebound could come from these games. 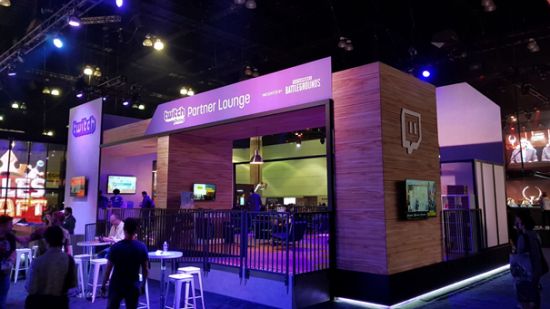 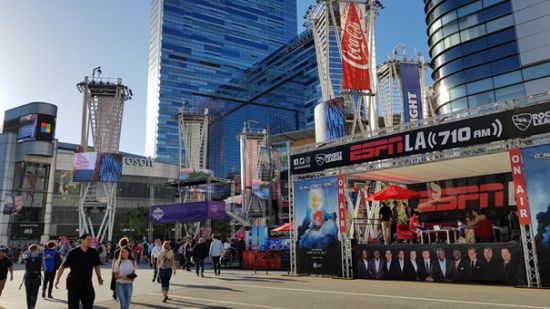 As for the independent games, we remain in the continuity of E3 2016 which had very few titles available. This may explain a disinterest in the US community which are more inclined to blockbusters. Make sure you go to Gamescom to see more. 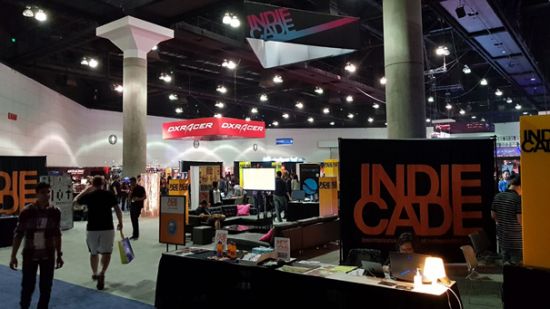 Our disappointments:
At the previous E3, we were delighted to see that stands were offering more and more interactive experiences in order to entertain the community during the hours of waiting to test a game. This year the trend was reversed. Almost no stands offered interactive activities, only Sonic did with a trampoline in front of a green screen where passersby were invited to jump and catch a ring in order to win a thousand dollars. We hope to see more at Gamescom and Paris Games Week. 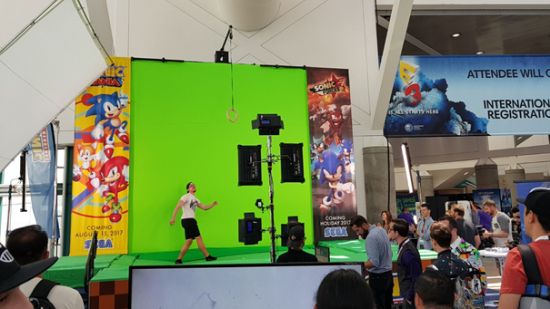 Our favourites:
We were lucky enough to be able to attend the sensational PlayStation conference. There was a visual experience during the presentation of the trailers with scenery and effects depending on the titles: explosions, projections of snow, fire and water... everything was combined to create an exceptional moment.
Assassin’s Creed is back after two years of waiting and in spite of the leaks, Ubisoft knew how to immerse us in ancient Egypt with brilliant content during the Microsoft conference: 30 minutes of gameplay and the chance to play it for 15 minutes. Pure happiness for our national Egyptian, Ismael! 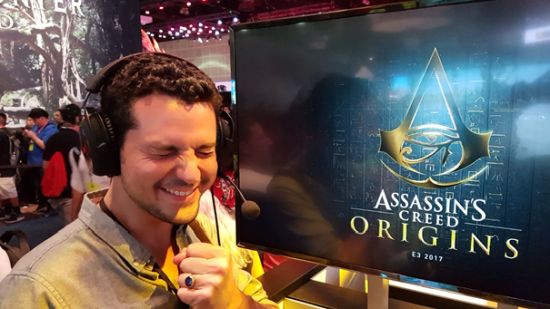