From Kodachrome to Chrome: Bringing Brands into a New Era

The Influencers 338 Add to collection 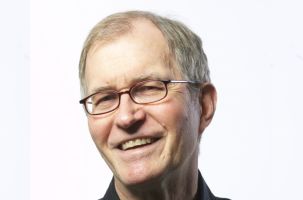 We don’t understand how brands work anymore because we look at them like it’s 1969.

Marketing and advertising today are like Major League ball clubs before Moneyball. We value the wrong things, cling to the wrong ideas, and make the wrong moves. The result: brands grow erratically if at all, and we’re vulnerable to new competitors we don’t see coming. You disagree? Our economy barely grows at 2 percent. Growth is not a given.

The middle decades of the twentieth century were the golden years of branding. Those years gave us the Unique Selling Proposition, positioning, segmentation, brand essence, and brand personality—and we’re still using all those tired tools even when we change the terminology. We’ve never gotten unstuck from an old era of branding where everything made sense. But that world is gone and we’re in denial.

Think of these eras as a journey from Kodachrome to Chrome.

The icon era reflected the centralised media of its day. Companies like Kodak “positioned” a great product with smart distribution and targeted mass promotion to give us a powerhouse like Kodachrome. (Note: it’s dead.)

The icon era delivered gold—and everything made sense. Every brand still wants to be an icon, but you don’t become one by doing things the icon way.

The Era of Experience started in the 1980s, as the media system fragmented. Forty years ago no one talked about “experiencing” a brand. You either bought it or you didn’t. But by the late 1990s the godfather of direct marketing, Lester Wunderman, declared that brands were experiences and that the consumer—not the product—was the hero.

A third era is now upon us: The Era of Connected Ideas. Facebook, eBay, and Uber are vintage examples They use someone else’s assets, “orchestrating” them to provide services and create value. Wharton professor Jerry Wind has done breakthrough work on this trend—with tangible proof that this model produces greater value than traditional ones.

All brands need to look at themselves as idea networks.

Think of it like this. The top-down media system of the icon era has shattered. Nothing is centralised anymore. Byron Sharpe, author of the provocative How Brands Grow, has proven that people have mostly casual relationships with brands, and brands leave little more than breadcrumbs for people because it’s so hard to be noticed.

Those breadcrumbs are a smattering of ideas— a product of unknown utility here, a sliver of identity there, an occasional innovation, an often inconsistent workforce, fleeting “content” that barely gets noticed.

When you think of brands as idea networks, it makes little sense to manage them as icons or as experiences. Imagine if Google managed Chrome as if it were an icon like Kodachrome. Kodak notoriously failed to adapt, while Google uses a brand like Chrome as a vehicle for all sorts of interesting ideas—from a web browser to an operating system to a device that feeds programming to your TV.

Here are a few ways to escape the icon era and enter the connected idea era:

Manage ideas, not brands. Brand strategy is no longer about finding an immutable truth and then evangelising it. It’s about discovering the code that unites the brand—and then building it, idea by idea. Mastercard has kept “Priceless” relevant because it always finds new offerings to inspire.

Find a brand idea that becomes your code. A code is a set of rules—not just a platitude. This isn’t easy, but when you find a great one, it’s usually indecipherable to the competition—so no one can copy it. Ikea could be a dull warehouse brand, but instead, it’s a highly structured, designed set of connected ideas.

Treat your brand as a “code within a context.” Your code only works if it operates within a larger context. That’s why formulaic content strategies often flounder. Brands like IBM and GE are powerful because their content strategies have mastered this.

Substitute “availability” for “positioning.” Positioning is brand-centric. Availability—both mental and physical—is people-centric. Don’t reposition. Be available. Think about it—would you ever talk about Amazon’s “positioning”? But it’s sure available.

Rethink segmentation. Segmentation is too often used to narrow a market, when it should expand it. Use it to find every customer you can. It works for Coca-Cola.

It’s time to move past 1969. Don’t think of brands as fixed objects. Think of them as connected ideas with a secret code guiding them into the future.

David Gutting is SVP/Director of Intelligence at Barkley