From Dubai to London: The Work I’d Like to See Win at Cannes

Awards and Events 230 Add to collection 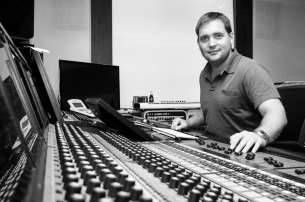 I absolutely love these new 60-second ads from Middle East telecoms provider Du. There are three that I particularly like and the first I watched was "Too Distressing".

The production values are those of a Hollywood movie - great visuals and fantastic sound design that immerse the viewer so deeply that you forget you are watching a commercial.

I particularly enjoy the comedic twist at the end - it reminds me of the film From Dusk Till Dawn (Spoiler Alert) where, for the majority of the movie, you think it's a thriller/drama involving a kidnapping, only for it to suddenly turn out to be a vampire movie.

These brilliantly-produced spots make you believe you are watching a film, only to reveal at the end that you are actually watching du Tuesday's - "Two cinema tickets for the price of one" commercial.

The spots that I have chosen are: Nazi trench warfare (Too Distressing), Space (Too Insulting) and Congressional 1960’s Hearings (Too Informative) - all three have the same subtle and clever reveal at the end. A great creative idea, executed exceptionally well.

I also want to cite Volvo Life Paint. It is a slight cheat, as my colleague, Munzie Thind, created the sound for the online film. However, I think the idea is incredible.

Volvo and Albedo 100 have come up with the idea of painting cyclists so they glow in the dark. The reflective spray that they have invented makes “the invisible, visible” when caught in the headlights of a car.

Grey London’s campaign for this brilliant product is an inspirational online film which really encourages you to feel what it is like to cycle in London (terrifying).

Posters daubed with ‘life paint’ that are revealed when a light shines on them and a website that is not only informative but streams images of new customers using the product, which itself soon became invisible on the shelves are also featured in the wider campaign.

This is a truly integrated campaign, which undoubtedly reinforces Volvo’s position as a safety-conscious and responsible car manufacturer. The product flew off the shelves and the online film has been viewed by millions. Let’s hope that the beta test turns into a full-on launch.