From Dining to Hockney and Back Again

The Influencers 443 Add to collection

INFLUENCER: WCRS's Ross Neil on why the message should always trump the medium 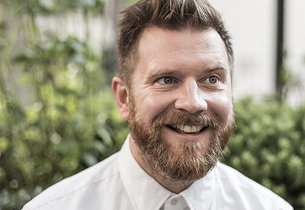 I went for lunch with the family this weekend and ordered a chicken katsu curry. It all came in separate bowls on a plank of wood. After a lot of messing about I got the waiting staff to bring me a plate so I could decant the lot and eat it properly. What’s wrong with plates? More on that later.

The Hockney exhibition at Tate Britain. What a great artist and what a great adopter of new technology. The man never stops trying things out, often before their technical capabilities have been ironed out. Faxing drawings, drawing with computers, iPhones and iPads - the man never stops. Landscapes, portraits, you name it. Taking one of the most traditional artistic subjects and delivering it in a brand new format. Exciting things happen when you put the two worlds of old and new together.

Applying the raw creative hand in the glove of new technology, whether that is a new form of printing, a new medium to sculpt with or even a new colour. When Windsor and Newton first (1860) introduced the colour Viridian Green into the market, the painting community embraced it as the green du jour. Suddenly there was a dirge of green paintings.

In my time as a jobbing artist in the studio it was resins that were all the rage. You couldn’t move for shows full of resin paintings.

Whenever the creative is confronted with a new tool or technology, the creative product is always slightly different, slightly evolved. That’s not to say the author’s hand is removed. However it is the excitement, optimism and the explorer’s nature, which means the outcome always has a whiff of medium over message. Whether that’s a drawing, painting or a digital 6-sheet.

But the artist’s ability to bricolage and adapt is one that is centuries old – in the 18th century water colourists used gin instead of water to dilute their colours, paints were kept in pigs’ bladders before tubes, and canvasses themselves were only developed because carting around giant religious images on huge sheets of oak panelling just weighed too much. More often than not in the art world, necessity is the mother of invention. If you wanted to do something, you had to find a solution for it no matter how bonkers. Have you ever tried to stretch a canvas? It’s an utterly bizarre invention.

These days it tends to be the other way around. Rather than whittle their own solution from whatever is at hand, the creative is instead bombarded with new and exciting ways to express themselves on a daily basis. The digital arts have arrived and have given creatives a B&Q-sized tool shed to work with. One could almost argue that the choice and range is too big. Whatever happened to the spirit of the bricolage? Rolling up the sleeves and letting the idea dictate how it is made? Rather than letting the medium define how big or small an idea is.

Don’t let the delivery device be the thing you remember, let it be the content. Back to that katsu curry, the one thing that stayed with me was the bowls and the plank of wood, not the food! If the lasting memory is the medium in which the idea is delivered and not the idea itself, then something has gone wrong. Send it back to the kitchen and get them to put it on a plate.