From Dick Pics to Doodles, D&AD is Calling on Fresh New Talent 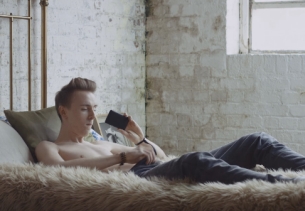 This year’s YouTube Film Hack is in partnership with D&AD to help further one of their key missions; to get more young creative people from diverse backgrounds to consider a creative career. Employment opportunities within advertising and design are too often restricted to a privileged few. The problem starts in colleges as young people of all backgrounds make choices about their future. D&AD want to get a creative career onto their consideration list early.

The brief was to create a TrueView ad (YouTube’s skippable pre-roll format) to disrupt millennials common preconceived notions of creative industries. Grey London go up against Ogilvy, BBH and JWT in the bid to win the annual hack for a second time running.

Ben Buswell and Andrew Singleton, creatives behind the idea said, “The creative industry lacks diversity. That’s because to normal people, ‘creative’ sounds like bullshit. We needed to show the New Blood that creativity is just a word, that they already do creative stuff. With the right support they can turn what they do everyday into a real job.”

Grey London's submission, ‘You already do it. Get paid to do it’, tackles two typical misjudgments of the creative industry, ‘it’s not for me’ and ‘there’s no money in it’. The film aims to put these worries to rest showing young creatives that what they spend most of their day doing; snapchatting, doodling, commenting online and taking pictures, is already their first step towards a stable income and viable career in the creative industry.

From dick pics to doodles, this film encapsulates how making funny and shareable stuff can in fact be a happy accident in starting your career. The judging will take place today, 31st March with the winner announced 14th April.

video
You already do it. Get paid to do it.
view more - Creative