From 'De-Aging' De Niro to Disney+

DRUM's Luke Southern explores why brands should obsess about storytelling, not ad formats and process, to cut-through in an SVOD world 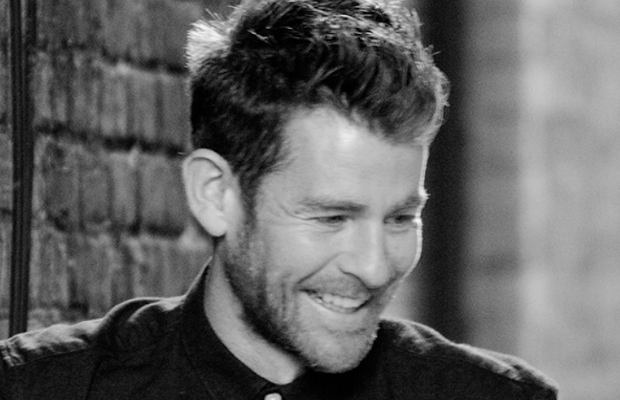 Luke Southern, managing director at DRUM looks at why brands should focus over storytelling.

When Disney+ launches in the UK at the end of the month, it presents the first major threat that Amazon and Netflix have faced in their dominance of the SVOD market to date.

While content is still the key differentiator Disney+ is launching with a major advantage and  trump card against its more established rivals - the company’s entire back catalogue, the Marvel Cinematic Universe, The Simpsons and of course Star Wars.

With this in mind, I thought I’d better get on and clear the back-log of boxsets and movies on my Watchlist on the other SVOD platforms so I could give Disney+ my full attention at launch and so this meant that a couple of weeks ago, amongst other shows and series, I finally watched The Irishman on Netflix.

I was a bit late to the party and I’d read all the reviews and internet chatter about the movie before-hand of course.

From the tech advances that made it possible to ‘de-age De Niro’ and his fellow Septuagenarians.

To the 10-year development journey and the unique funding model via Netflix to get the film made.

At times it felt like the story about the process to make the movie was more important than the story within the movie itself.

Fortunately, if you’ve watched it you will know that this isn’t the case.

The movie is a masterful and engaging 3h 30m of film-making that holds your attention from beginning to end with a powerfully emotive true story. Classic Scorsese.

Ultimately, none of the tech, funding and other means that made it possible to deliver this story matter to the viewer.

It’s the entertaining and engaging story-telling that matters most to the audience and keeps their attention.

The same is true of The Mandalorian, the flagship show for Disney+ - which has already been commissioned for a second series after garnering over 100m in its first few weeks of streaming when it debuted in the US in November last year.

Like The Irishman, The Mandalorian is notable for its use of innovative new film making techniques and technology – in this case Virtual Sets – to bring the story to the screen.

There are tonnes of videos on the technology and process they’ve used to do this online and geeks like me are losing their mind over the future applications for this technology and the time and cost saving it will bring to the story-telling process.

But audiences at large don’t care about the process.

They care about the result of that process - a brilliant story, well told - whether that’s De Niro’s portrayal of the flawed, loyal, duty bound Frank Sheeran in The Irishman to the visceral set pieces and introduction of new pop culture icon Baby Yoda in The Mandalorian.

In our world, the world of advertising, we love to talk and tell stories to our peers about data, tech and new ad formats all the time but we must never forget that all of this is in service of, not a replacement for, the quality of the story we are telling in the first place.

Earning and keeping consumers attention isn’t just about understanding pathways to purchase and how to target audiences efficiently but also through our ability as advertisers to create content and branded entertainment with a small b and big E.

Content that prioritise entertainment first, brand second, and puts a quality story front and centre, hopefully warranting repeat viewing and which audiences will ultimately choose to spend time with (and maybe even money on).

If you don’t believe me look at the last three years-worth of Grand Prix winners at Cannes Lions, in the Entertainment category.

Quality, long-form story-telling from brands that is completely at odds with the convention of a 60” spot.

A 17 minute sci-fi movie from a Spanish bank (Santander)

Scorsese or (Mandalorian show runner) John Favreau might not have been involved but to me these films demonstrate that brands can ‘do’ long form dramas and documentaries with emotional punch that are just as unmissable as the latest from Netflix or, Disney+

Much has been stated already about the challenge for advertisers that want to reach consumers when more of their audience are spending their time (and attention) within SVOD closed content eco-systems like Disney+ with limited traditional advertising or media placement opportunities.

I’m sure that in time decent advertising formats will be established within these platforms but until then the brand funded films mentioned above signal to me that the most progressive brands already understand the need to, and effectiveness of, investing in longer form storytelling to reach their audiences in the increasingly SVOD dominated world.

So, as we await the launch Disney+ in the UK on 24th March, just remember that quality branded stories - stuff that warrants attention and repeat viewing - isn’t defined by length, ad format or clever use of a new tech process but instead through the underlying focus on telling emotive, entertaining and engaging stories that our audiences can empathise with.

Afterall, the technological advances that have made it possible to ‘de-age’ Robert De Niro or bring Baby Yoda to the screen have given Hollywood’s greatest a bold and exciting new way to tell their stories but their success was always going to be down to the quality of the story being told in the first place.