From Brighton to Liverpool in Search of Sounds 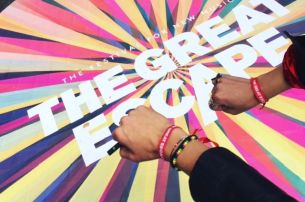 Two of Europe’s most influential music events took place in May and Big Sync Music was there with an ear to the ground - listening for the freshest new sounds from hundreds of bands and artists.

More than 450 bands played over the three day event in the south of England from 19th - 21st May.   Tammy and Fed attended many gigs and showcases, at which they watched emerging artists not yet signed or even known to the public.  “The thing that really stood out for me the most is how young some of these artists are, their popularity and how well they are already doing,” said Tammy, who enjoyed watching 17 year old Mirror Furies play her very first gig at the Universal Globe showcase.  Tammy met the young singer, recently signed to Universal Globe, and congratulated her on her performance which must have been nerve wracking.  She did well - although the teenage singer did joke that there was ‘no pressure’ playing in front of a crowd full of music industry delegates.  Other young bands were the excellent indie kids, Blaenavon whom Big Sync Music thinks are most certainly well on their way to becoming the next Foals!

Talk of the festival were upcoming artists such as The Big Moon and Eagulls . Other massive highlights for Tammy and Fed were Isaac Gracie, Pumarosa and the band, Her, who were by all accounts, incredible to watch live.   But it wasn’t just sets from fresh young faces: “We saw established bands such as Mystery Jets and Craig David, and international bands like Methyl Ethel who’d flown over from Perth, Australia,” said Federica.  “It’s an event for breaking new artists but also for well known artists to get back on the scene and find a new audience.  We sneaked into a secret show with The Temper Trap who are best known for their mega hit ‘Sweet Disposition’ but were back to showcase their new album due for release next month.”

Tammy went on to say, “We also saw several artists that were there to check out the competition and hang with fans, like the Ordinary Boys were doing.  It’s a real boost for the younger bands to see their successful peers in the crowd watching them.  We even spotted James Bay checking other bands out, incognito and minus his trademark hat!”

Big Sync also went to hear Chris Cooke from Complete Music Update (CMU) holding a debate about YouTube, which Cooke describes as “the MTV for anyone under 24”.  The debate, entitled ‘What if YouTube actually is the future?’ brought many useful insights from safe harbouring to the importance of properly licensing music and paying artists for content.  CMU will publish re-caps from The Great Escape throughout the month of June

On 28th and 29th May, Liverpool’s Sound City festival took place.  Tammy Tinawi attended both days.  She not only absorbed all the music inspiration she could from the North-West’s huge lineup of upcoming and heritage bands, but returned the favour by taking part in one to one sessions with artists and composers all wanting to know how to compose for film, TV programmes and of course Big Sync’s area of expertise - TV and online advertising.

Tammy met composers and artists from Norway, Argentina, France, New Zealand and Israel.  She and a panel of other music supervisors from the world of film and television spoke to each delegate for ten minutes each in what could be described as music industry speed dating.

Tammy said:  “As a global music agency, it’s really important for Big Sync to hear artists from other territories .  Some had flown in from all over the world to be at Sound City and to talk to music supervisors like us.  I really enjoyed listening to what they had to say and also explaining to them how we work with brands all over the world including over 400 Unilever brands like Persil and Magnum.  It was good to hear how sync works in TV and film and really the message is the same - music should be seen as part of the production.   Also it was good to be able to demonstrate to delegates what a big role music agencies such as Big Sync really do play in the music industry - we can absolutely help artists to develop.  I might listen to an unknown band or artist who has a sound that’s perfect for a brand like Comfort in the Latin American region for example.  I’ll file that information and if they are eventually used, their song could be heard by a huge audience not even in their homeland, thus gaining a fan base where they might never have even set foot.  I also met some composer turned artists such as The Day Dream Club, who have grown through the future of Spotify Playlisting, getting more plays per month than well known artists.  It was lovely to talk to them about how things have developed for them.  Overall I found Sound City particularly energising from an industry point of view, gaining some great insights into the music industry and how it’s evolving.”

Once the conference was over on the Friday, the two day festival of music began, with a plethora of upcoming and established bands playing across multiple stages on the Liverpool Docks, including an impressive pirate Tall Ship sponsored by Captain Morgan. It was a thoroughly well organised festival with punters and industry mingling, and even local celebs like Abbey Clancy enjoying the festival, although she was there to support her brother’s Indie band Judas who were brilliant!

Other highlights included Liverpool’s own Clean Cut Kid, yet to be signed Shrinking Minds, the South’s rock n’ roll darlings Band of Skulls and the iconic, advertising sync gold Leftfield whose Guinness advert placement of ‘Phat Planet’ is still to this day crowned best sync of the last 10 years! 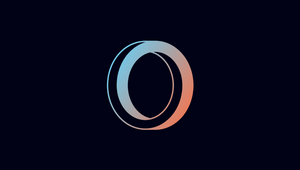