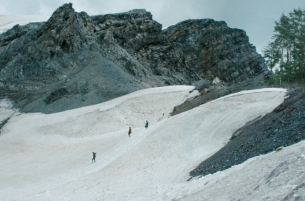 To strengthen Guinness’ brand positioning in Southeast Asia, AMV BBDO has created a new film and poster campaign for the region. The film ‘Myth’ broke earlier this week in Indonesia along with press in Singapore which follows on from the OOH which ran earlier in the year.

In support of the ‘Made of More’ brand positioning, ‘Myth’ and the three tattoo poster executions will show how the brand celebrates those with the confidence to carve their own path.

‘Myth’ is based on a rumour that has circulated travel blogs and snowboarding forums for years. It is said that years ago, on the roof of Indonesia’s tropical landscape, someone was crazy enough to build a ski resort, high up on the Equator, in the unlikeliest place on Earth. The film starts by setting out the myth, and then follows a group of young local friends who boldly set off to see if this extraordinary resort ever existed. With a shared desire to experience life beyond the guidebook, the friends want to see more than their beach village offers, hungry to experience something that others haven’t. Their journey takes them through various trials and tribulations. They pause to gather their resolve in a bar before traveling up the mountain to see what they can find. Once there they discover snow for the very first time and perhaps something even greater. 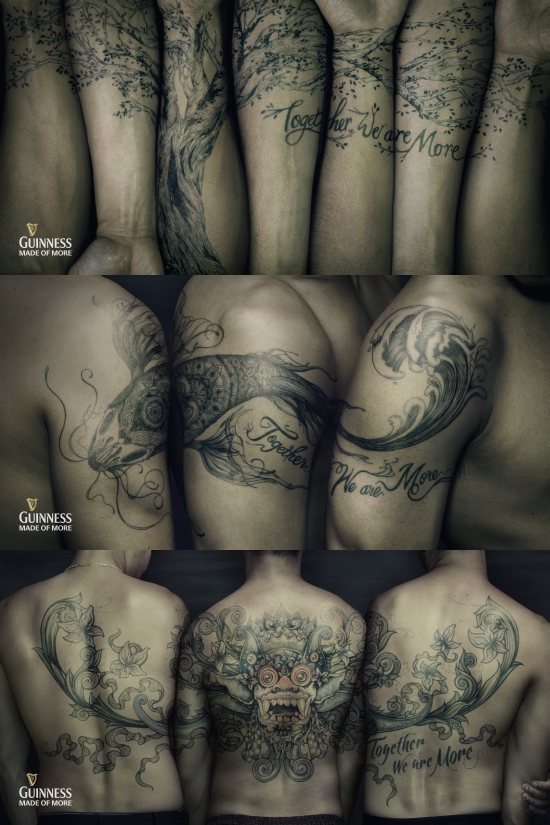 An interesting fact about the making of the film is that the cast had never seen or touched snow before and their first encounter is actually immortalized in the film.

To create the posters, cult tattoo artists from across Asia were commissioned to design unique and culturally-relevant tattoos which would work across multiple bodies, dramatically bringing the ‘Together We Are More’ campaign thought to life. The striking designs vividly illustrate that when friends come together they can achieve something greater than the sum of their parts, revealing the true power of the group. The posters were shot by renowned photographer Nadav Kander and will also run in specialist design magazine titles across the region.

Duncan Elliott, Global Content Creation Manager at Guinness, commented: “We are hugely excited about giving a new lease of life to Guinness in South-East Asia through the Together We Are More campaign, that draws upon traditional elements of what Guinness has always stood for – confidence and communion – but brings them to life in a way that will resonate strongly with a new generation of beer drinkers. The campaign is all about having the confidence to do something different, to explore the potential of what lies just beyond the ordinary and to do so in the company of group of mates – a reflection of Guinness itself and its rich history of pushing boundaries.”