Friday Tunes: The Original and the Best 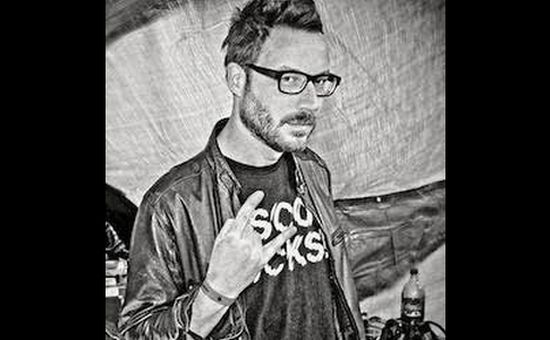 After hearing Mick Jackson's - Blame it on the Boogie for the first time and reading the interesting background story Auke Riemersma became hooked on discovering the true history of some of the world’s best known hit songs.  The fact that Blame It On The Boogie’s original artist's name is Mick (Michael actually) Jackson was just too good to be true.

'In my work I have come across many more songs over the years that I never knew were actually covers, previously recorded by other artists but were never major hits. With many of these songs it depends on the ear of the beholder: if you are born in the seventies or eighties, you probably thought Soft Cell recorded the first version of 'Tainted Love', while people born in the nineties might have heard Marilyn Manson's version first. Only to find out the original is a northern soul classic sung by Gloria Jones. With other songs people debate which version is more well known, for instance in the case of Tears for Fears versus Gary Jules or Bob Dylan versus Jimi Hendrix’.

"Some originals are unfortunately not on Spotify, so excluded from the list. Notable songs to mention are Robert Hazard vs Cyndi Lauper, I-Ten vs Heart, Charles Hart vs Elvis Presley or the interesting story behind 'Nothing Compares to U'. Prince wrote it, but never recorded the first original, this was done by The Family. Prince recorded his own version years after Sinead O’Conner had a mega hit with it. Another interesting one is Betty Hutton vs Björk which was actually first recorded (in German!) by Austrian singer Harry Horst although in a slightly different version."

"I do have a few personal favorites, these originals blew my mind: John Kongos (vs The Happy Mondays), Screamin' Jay Hawkins (vs Creedence Clearwater Revival), Spencer Davis Group (vs many covers like the Blues Brothers) and The Zutons (vs Amy Winehouse)."

Auke started his original Spotify playlist back in 2010 and it gained a lot of attention after Spotify themselves tweeted about it, with the amount of subscribers growing from 100 to 5000 in one day and is still growing.

Auke is an inhouse sound engineer and composer who has been with MassiveMusic for 10 years.  He’s an avid collector of vintage synthesisers & drum machines, and is a disco producer & DJ under the moniker 'Auxiliary tha Masterfader', playing all over Europe.  Auke's next gigs in April are in The Hague, Amsterdam and Nijmegen.

To enjoy the playlist click here or listen below.

To find out more about Auke and discover more amazing originals, check out the links below...
Soundcloud: http://soundcloud.com/auxmasterfader