Friday Tunes: Got It Covered

Are these covers better than the originals? That's for you to decide, with the help of this playlist from The Futz Butler’s Paul Sumpter 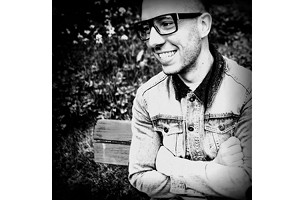 Over the last decade, as revenues from album sales continue to dwindle, artists and publishers are increasingly looking to exploit a rich back catalogue through syncs in advertising and digital content. Taking a well-loved (or even relatively unknown) tune and breathing a new lease of life into the song, re-contextualising the lyric or feel for a modern audience, is an idea more and more agencies are taking advantage of and one we face regularly, and relish as music producers. Executed poorly and it can sound like a cheap karaoke soundalike. But done well, it capitalises on a wonderful balance between recognisability, familiarity and innovation. It can even re-launch ailing careers for the original songwriter.

Famous campaigns from the likes of Chanel (Baz Lurhmann’s £18m epic featuring Lo-Fang’s shimmering version of Grease’s You’re The One That I Want), John Lewis (Ellie Goulding, Gabrielle Alpin and Lilly Allen all chipping in glossy re-works for recent festive Adam&Eve/DDB campaigns) and more recently Premier Inn’s sync of Katie Melua’s rendition of Black’s 1987 hit Wonderful Life (Rainey Kelly Campbell Roalfe/Y&R), show a thriving appetite for a well-placed cover. With Christmas round the corner, expect a new wave of inventive back catalogue plundering to hit our various size screens over the next few weeks.

Here's our list of 30 cover versions where the artist took an existing song and really made it uniquely their own. Better than the originals? Maybe. Compelling? Most definitely…

Check it out here or below. Tracklist is below the embedded playlist.

Original by The Rolling Stones (1969)

11. The Jimi Hendrix Experience, All Along The Watchtower (1968)

Paul Sumpter is Head Composer & Sound-Designer at The Futz Butler . London - a boutique creative Music & Sound studio based in Central London specialising in original Music & Sound-Design for Film, Tech, TV and Advertising with clients including Mercedes-Benz, Disney, Nike, Audi and Jaguar. "Basically, we make award-winning noise for people - some of it’s melodic, some not.”