Friday Tunes: A Musical Mix to Make your Friday 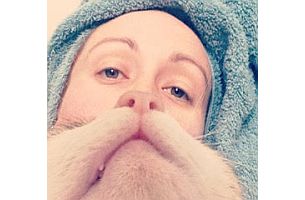 This is a collection of some of my most listened to tracks by some of my favourite artists past and present.

Interpol are my favourite band (that are still alive/together and making music). Untitled embodies my favourite Interpol sounds, reverberating guitars, haunting vocals, and angst filled lyrics. I was lucky enough to work with them recently commissioning videos for their new album El Pintor - I wasn't disappointed, they are as cool as I had imagined, only nicer.

Joy Division - Day of the Lords

It's Joy Division. My favourite band ever. Their music is as fresh and relevant today as it was when it was released. It's hard to believe it's nearly 40 years old

This is one of my most anticipated records of 2016. They resemble some of the best electronic sounds of the 90's but still manage to sound completely fresh and rooted in 2016. If they're playing at a festival you're at this summer, be sure to see them.
Their debut album 'Full Circle' is out today.

Night Beats - Puppet on a String

I only discovered these guys recently, but feel like I've been listening to them for years. They are purist to their psych rock influences and they're not ashamed of it

A band that should have been more successful than they were. The NC hail from my home town of Cheshunt. I went to school with John, and a lot of my early years gigging in London were seeing these guys play basement clubs, being supported by the likes of The Horrors and These New Puritans.

I love this little song. The way the track changes at 2.25 to a completely different tune. It's a delight