Friday Tunes: 29 Songs to Get You Through 29 Days of February 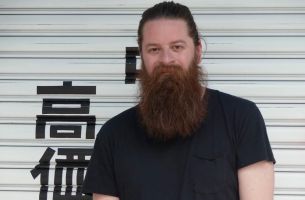 Here's a collection of songs I'm listening to at the moment. Deliberately eclectic, epic in places and to the point in others. This Playlist includes some of my favourite songs from 2015, a few from 2016 and one or two from slightly longer ago. Best listened to in order, so pop that little shuffle button off. Nice one - and enjoy!

Every track is worth a listen, but here are some highlights;

Saul Williams - List of Demands. Following a deliberately random, first track on this Playlist, List of Demands combines the right mix of hip-hop, politics and angst. He had a new album out in January, which is also worth a listen.

Old Gray - 359 Pine. "Hands in hand with a ghost of your former self..." Beautifully hoarse vocals, weaves through sombre guitars. Playing Old Blue Last later this month. Get involved.

Oneohtrix Point Never - Sticky Drama. Takes a hard left hook half way though. Your ears will be confused but delighted...probably.

Bob Moses - Far From The Tree. Inviting yet sinister. The vocal line creeps in, like a stalker butler creeping into the drawing room, arm with the candle stick. It's perfect for that walk from the tube to home (particularly if you like to scare yourself). This is then followed by a few Four Tet remixes, this kicks off the more ambient side of things.

Deafheaven - Brought to the Water. Following the classical-meets-ambiance of A Winged Victory for The Sullen, is a band that has been dividing Metal fans. I loved their previous album Sunbather and this track from New Bermuda form last year, is equally as dynamic and forceful. I saw them play Birthday's in Dalston, the sound was an overwhelming, epic cacophony. Couldn't finish on anything else.