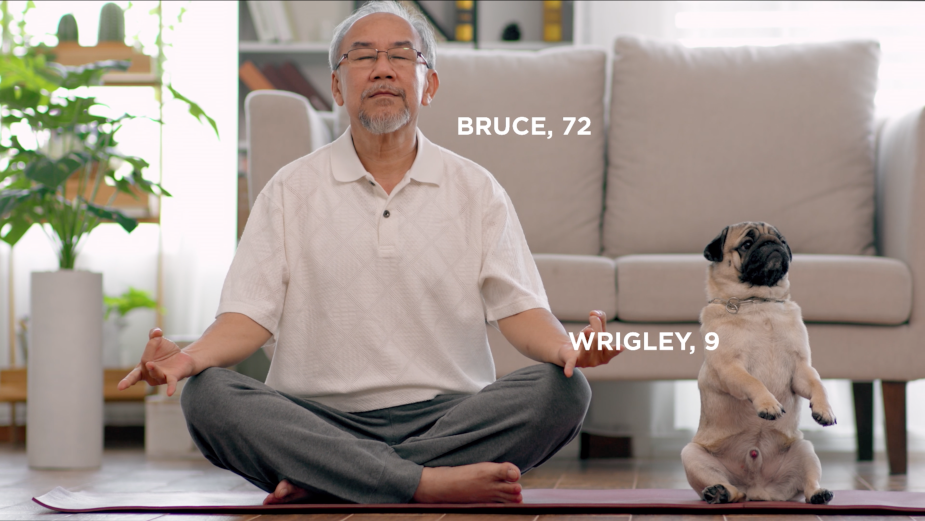 Following the pandemic puppy craze, the pet food category is exploding. Freshpet, the pioneer in fresh, healthy pet food, is kicking off 2022 by nearly doubling its marketing media spend for the year and launching a new campaign via long time agency of record, Terri & Sandy.

The effort is anchored by a 30 second television spot entitled ‘Friends for Life,’ and according to early testing by global research firm IPSOS, the ad is one of the highest-performing in the pet food category ever. Set to Sonny & Cher’s ‘I got you babe,’ the ad features seniors and their furbabies going about daily activities like hiking and yoga as their names and ages appear on screen - ‘Stan, 79…Pickles, 6’.

The voiceover states, “Dogs help us live longer. Return the favour with Freshpet.”

Rooted in the idea that with a healthy lifestyle and providing a healthier alternative to dog/cat food, both pet parent and pet will reap the benefits of a longer life, the charming ad has struck a chord with viewers. Given the isolation many of us have experienced during Covid, perhaps seeing these pet parents outside enjoying life with their furry friends is just the type of feel-good moment we are craving right now.

Freshpet is Terri & Sandy’s first client (going on 11 years), and together they have achieved a great deal of success. Founded in 2006, Freshpet pioneered the fresh pet food movement. Starting off as a small, scrappy start-up by former Nestle Purina executives, Freshpet quickly became the fastest growing pet food in America (despite being outspent by competitors 7x). By 2014 Freshpet went public and is now in over 23,000 stores and feeding over one million pets across North America, Canada, and the UK.

“When Terri & Sandy came to us with this idea we instantly knew it felt right for this moment in time,” said John Speranza, senior vice president marketing, Freshpet. “We all wish longevity for our pets and it continues to be our mission to provide the highest quality pet food we can to improve the lives of pets everywhere.”