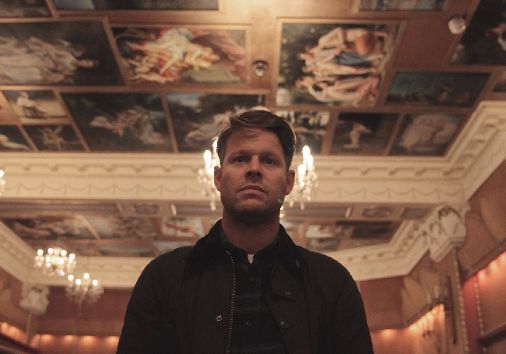 Fresh Film has announced that Mike Sharpe of Found Studio has joined the roster of international talent.

In 2008, Mike formed Found Studio to bring together his dual passion of filmmaking and animation. He specialises in live-action directing with a strong eye for design and visual effects.

With over 15 years industry experience he has created a diverse range of brand films and commercials. He often uses new technologies and methods to achieve fresh ways of filming. These include groundbreaking projection-mapping projects for Hiscox and Fujitsu, using a car’s reverse parking camera for Peugeot and a 25min protest film with Richard Curtis, which was projected on the side of the Tate Modern.

In addition to his commercial work he has directed many music videos for global artists such as Ellie Goulding, Take That, Pendulum and Cher Lloyd. He was shortlisted for Best New Director at the UKMVA’s and Brit nominated for his Ellie Goulding video ‘Burn’, which has had over a billion views on YouTube.

In 2016, he directed his debut short film, ‘The Dog and The Elephant’, which won the ‘Special Jury Mention’ at The European Independent Film Festival in Paris.

His skills in creative problem solving and a drive for excellence continues to push him forward as a director.

On his joining of Fresh Film, Head of Sales, Ali Lindsay says: “We’re delighted to welcome Mike to our evolving roster of talent for representation both in the UK and across Asia. With the backing of Found Studio and his experience of mixed media projects combining elements such as projection mapping, animation, motion control, live action and performance we feel he’s an exciting and valuable addition to Fresh Film."