Frenchies Have Changed & BETC Want to Show You How 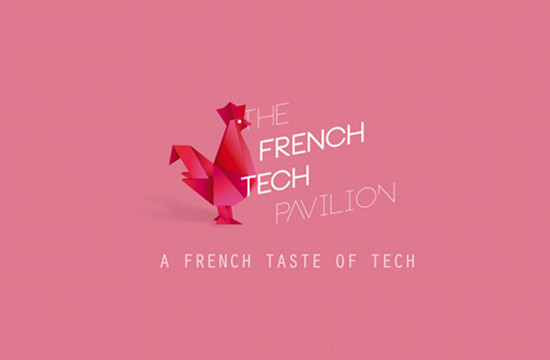 This year, for the first time ever, France has an official representation at the SXSW festival in Austin, a French Pavilion hosted by the government organisation UbiFrance, with a selection of start up companies to represent the country during the festival.

BETC Start Up Lab helped UbiFrance select the start-ups that are sent over and also took on the entire branding and storytelling of the French Tech Pavilion in the Trade Show area as well as the French Tech Club in the Trinity Hall.

Under the signature 'A French Taste of Tech' the creative work plays with common preconceptions of Frenchness and wants to show once and for all that the land of baguettes is changing and that it's a country with a boiling tech and start up scene. To draw attention to the French Tech Pavilion and the French Tech Club, BETC has created a series of video teasers (the first one below), t-shirts and stickers with cheeky, flirty messages and a twitter campaign.

The French pavilion offers to do with your tweets what we do with our grapes – turn them into “grand crus”, in the Tweet Cellar. Whenever posting a tweet about the SXSW festival, use the #tweetcellar or send it to @tweetcellar and after a few hours yours tweet will come back refined, with a classy touch.

Example: “Having a blast at SXSW #yolo #tweetcellar” could become “Such a treat to participate in the SXSW festival #carpediem”.

Speed Branding Sessions - everyone's got a great idea but do you have a story?

The BETC Start Up Lab works as a business unit within BETC Paris, entirely dedicated to the start up eco system.

During a series of Speed Branding Sessions, in the Meet Up Pavilion on the 10TH of March, the Lab will offer start-ups participating in the festival to come and pitch their product. During focused 20-minute sessions a team from the lab will apply their expertise in communication and storytelling to help the entrepreneurs turn their products into successful brands.