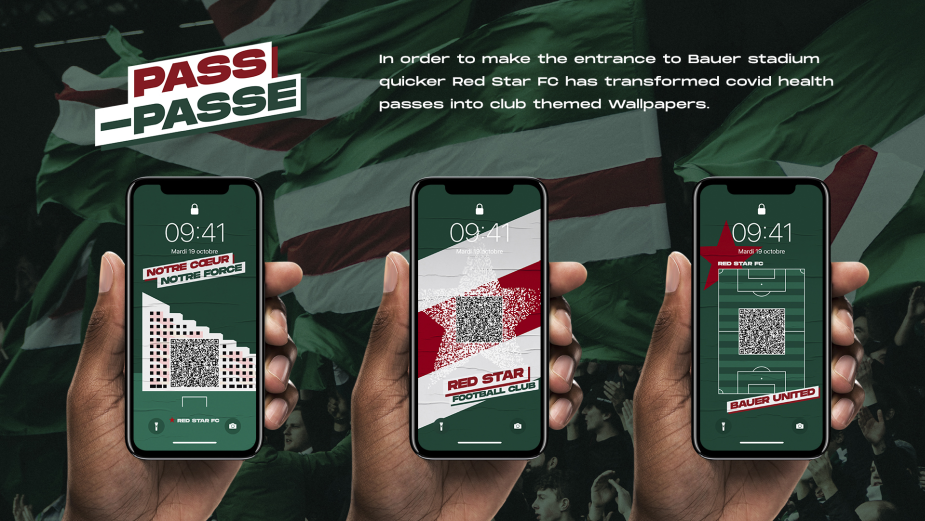 Since this summer, it is mandatory in France to show one's vaccination status before entering locations that gather more than 50 people.

Months later, this rule is still in place and is a particular pain point in football stadiums where supporters risk missing kickoff because of delayed entries caused by fans trying to locate their QR code on their phone.

That's why Red Star is introducing Pass-Passe to ease entry into the Bauer stadium and let supporters of the club show their allegiance to their favourite club.

The Pass-Passe is a simple and clever solution to reduce waiting time. It includes the QR code of the health pass directly inside one of three phone wallpapers inspired by the club's imagery: the red star, the design of the stadium, or the famous Z building that has a direct view onto the pitch.

Fans of Red Star FC will be able to show their pass with no delay at the stadium entrance, but also in restaurants, bars, movie theaters and all other places that ask for it.

French ad agency BETC is behind the concept of the operation and the wallpapers. 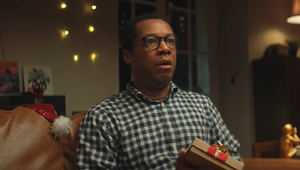